A turbocharger compresses air into the combustion space in order to generate more power. Compressed air has a larger air mass than ambient air and this increases the amount of fuel that can be burnt efficiently within the combustion space (more air = more oxygen for combustion). Increasing the amount of fuel that is burnt efficiently has a corresponding effect upon the engine’s power output (power output increases) and thus a higher power to weight ratio can be obtained for an engine equipped with a turbocharger compared to one without.

Approximately 30-35% of all the heat energy lost by an engine is lost through the exhaust gas system, but a turbocharger reduces this loss to approximately 20%.

The turbocharger consists of three main parts, the compressor, turbine and central hub rotating assembly (CHRA). The compressor and turbine are connected on a common shaft, so both operate at the same speed (same rpm). 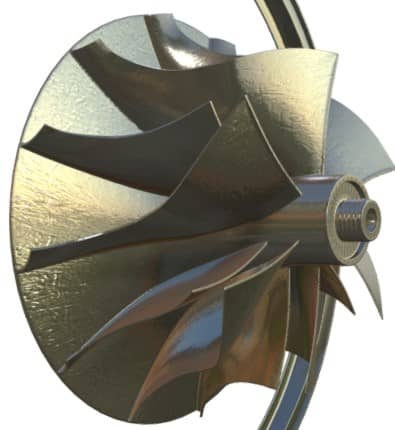 The below video is an extract from our Diesel Engine Fundamentals (Part 1) Online Video Course.

Exhaust gases from the combustion chamber are delivered to the turbocharger turbine which causes it to rotate. Because the turbine rotates, so too does the compressor wheel (common shaft). 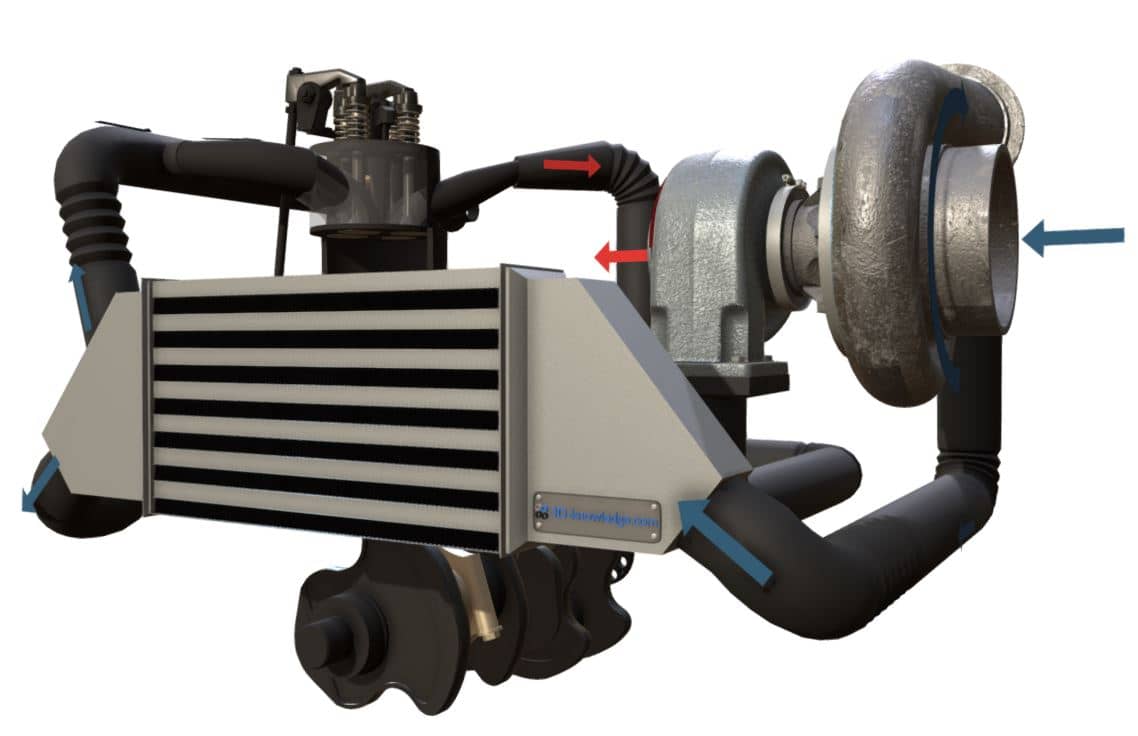 This 3D model shows all major components associated with a typical turbocharger, these include: