The primary function of a main steam inlet isolation valve (emergency stop valve (ESV)), is the admission or isolation of the steam supply to a high pressure (HP) steam turbine; it is also used as a safety valve to quickly shut off the main steam supply to the turbine in the event of an emergency. The steam that is produced in the final superheater of a watertube boiler is usually carried to the turbine via four high pressure pipes; this steam is often referred to as the ‘main steam’. On the high-pressure turbine inlet, each line is equipped with one ESV and one control valve connected in series, all of which are housed in valve chests (as illustrated in the diagram below). 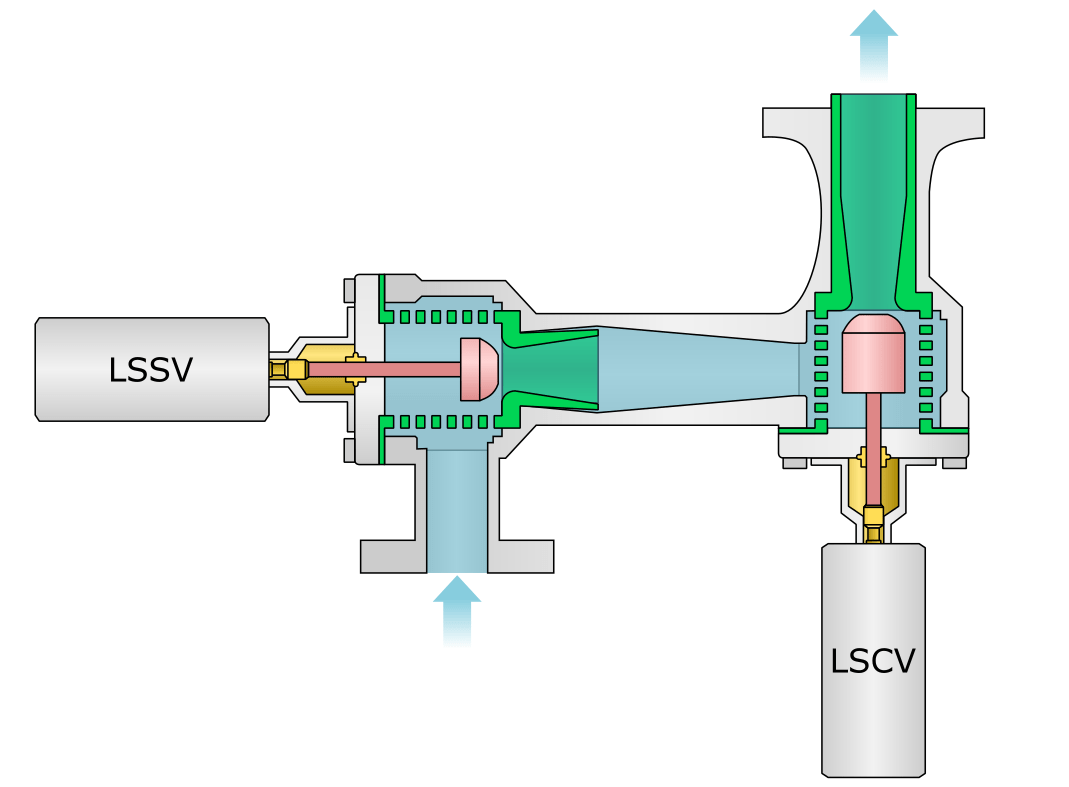 The ESV is an on-or-off valve, meaning that at any given time it must be fully shut or fully open. Each ESV is equipped with a hydraulic servo motor which is responsible for opening the valve against the force of a spring. The same spring force will close the valve in the event of an emergency i.e. when there is no longer hydraulic pressure acting upon the spring. Closure of the valve is very quick, so a dashpot is provided to reduce the speed of the valve towards the end of its closing motion in order for it to sit smoothly; the reduction in speed also reduces the likelihood of damage occurring to the valve disc and seat area.

In its basic setup, the servo motor comprises a power piston enclosed within a positioning cylinder. The power piston is connected to the ESV spindle, and when oil is pumped into the cylinder, the piston moves linearly and opens the valve by pressing against the spring and compressing it. This movement allows steam to be admitted into the steam chest and for it to flow towards the turbine steam inlet where it will be admitted via the associated control valve. 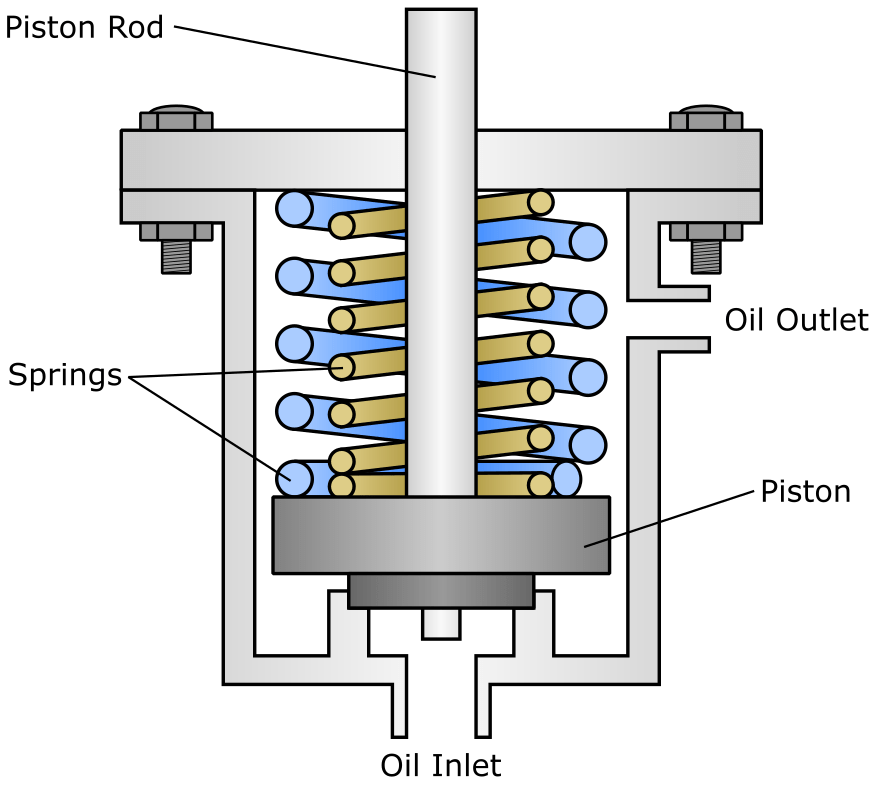 The ESV consists of:

The function of the intermediate piece is to locate the valve assembly within its casing, and to support the actuator which actuates the valve.

The ESV is often a balanced single seat valve that incorporates a pilot valve and a steam strainer.

The pilot valve is machined on the valve spindle and is responsible for initiating the operation of the ESV.

The main function of the steam strainer is to protect both the internal parts of the valve and the downstream turbine blades from damage by solid and liquid particles, as well as preventing turbulence caused by the movement of the steam.

To operate the ESV, MHC systems typically use the same main turbine oil lubrication system. The oil pressure for opening valves is obtained from the main turbine oil system and is controlled by a relay dump valve. All control devices in MHC systems are mechanical. In the ESV, hydraulic oil is redirected by an oil pressure relay dump valve from the bottom of the piston to the top; this equalises the pressure on both sides of the piston and allows the spring to quickly close the valve if necessary. MHC systems are generally very reliable and can operate for several years without requiring internal inspections.

In contrast, EHC systems have a separate hydraulic oil supply, and electronic devices are used to achieve various control functions. Consequently, EHC systems provide faster responses, more precise control, and the requirement for fewer mechanical components. Due to numerous orifices in the control devices, fluid cleanliness is very important and must be monitored closely.

It is important to note that MHC and EHC actuators vary in terms of size, pressure, and control method.

Typical maintenance performed on an ESV involves stripping the valve and checking the condition of internal components. Maintenance tasks associated with MHC systems typically involve removal of the actuator assembly from the intermediate piece, then disassembling, inspecting, and rebuilding it. Additional tests on the valves and control instrumentation may also be required.