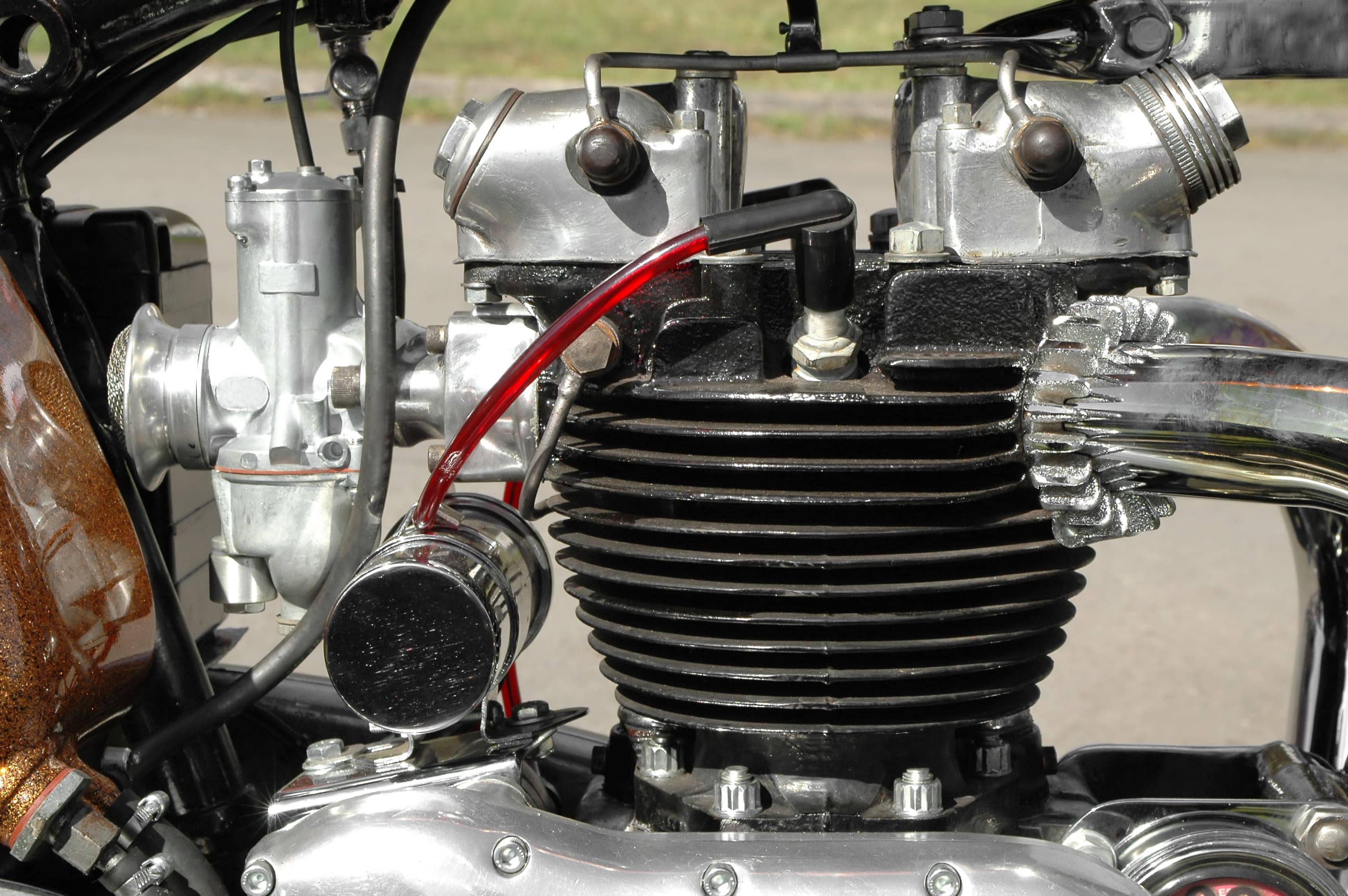 A two stroke engine consists of the following parts: 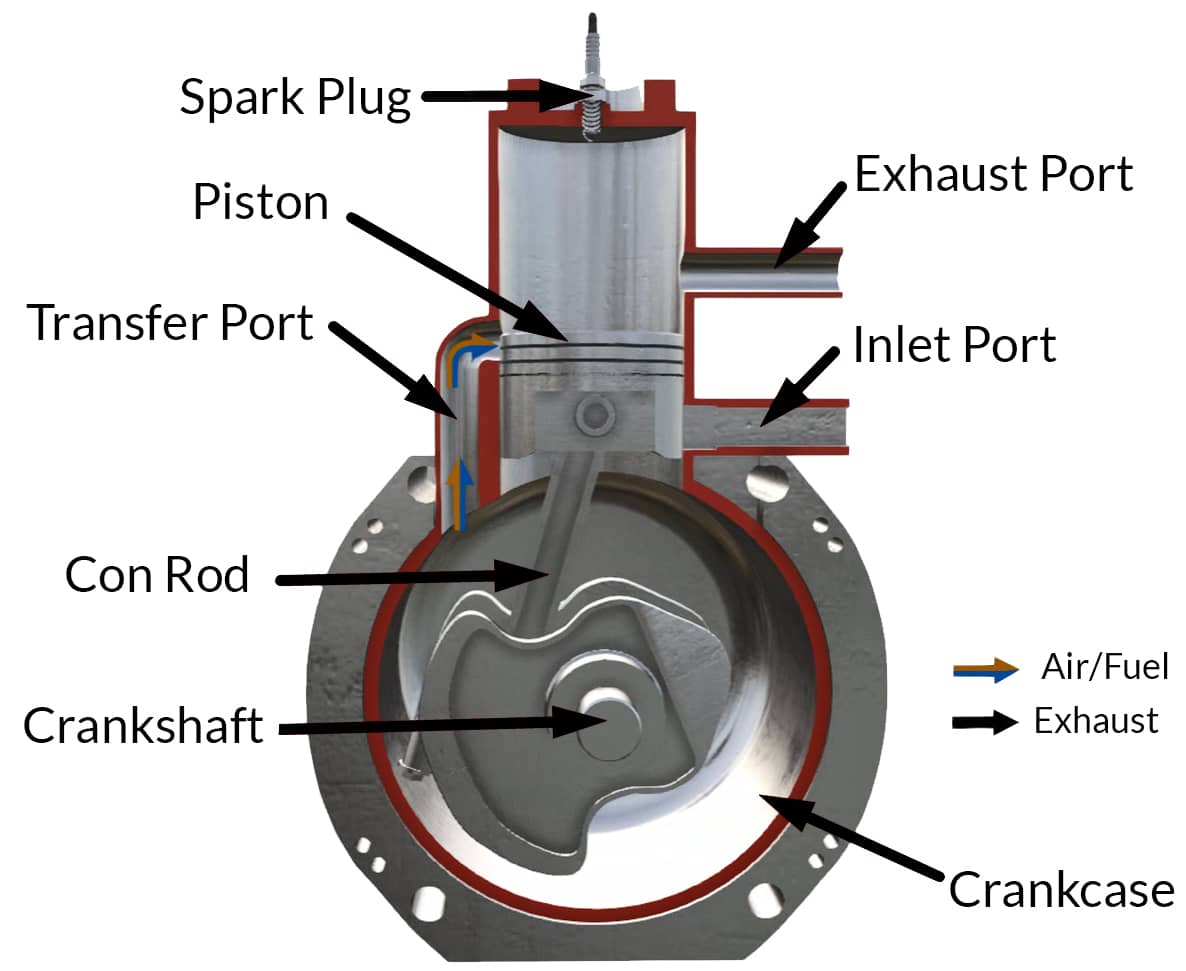 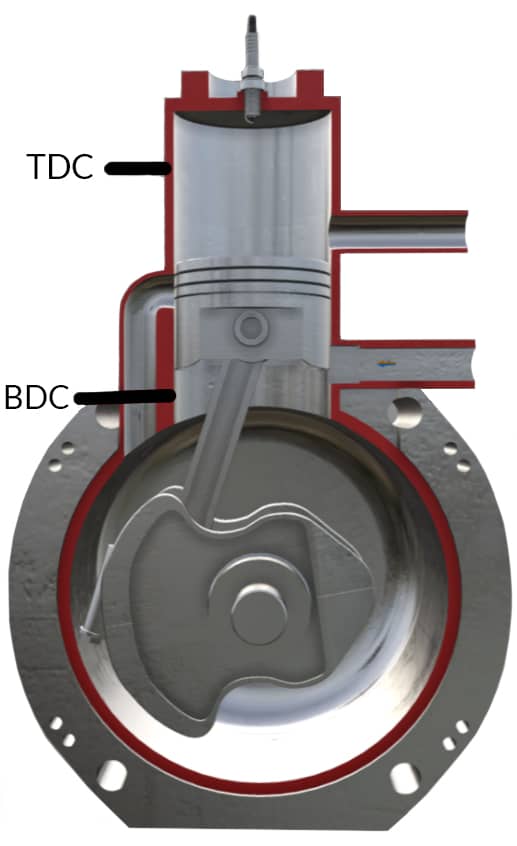 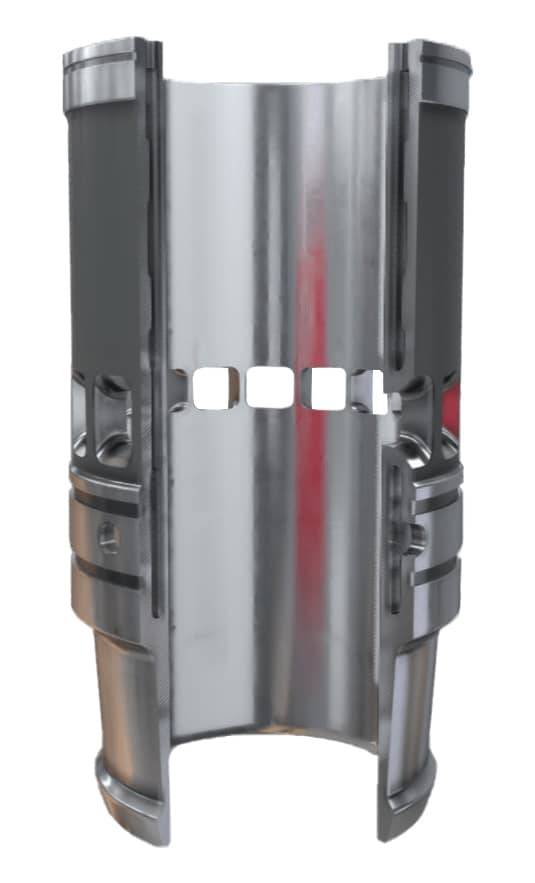 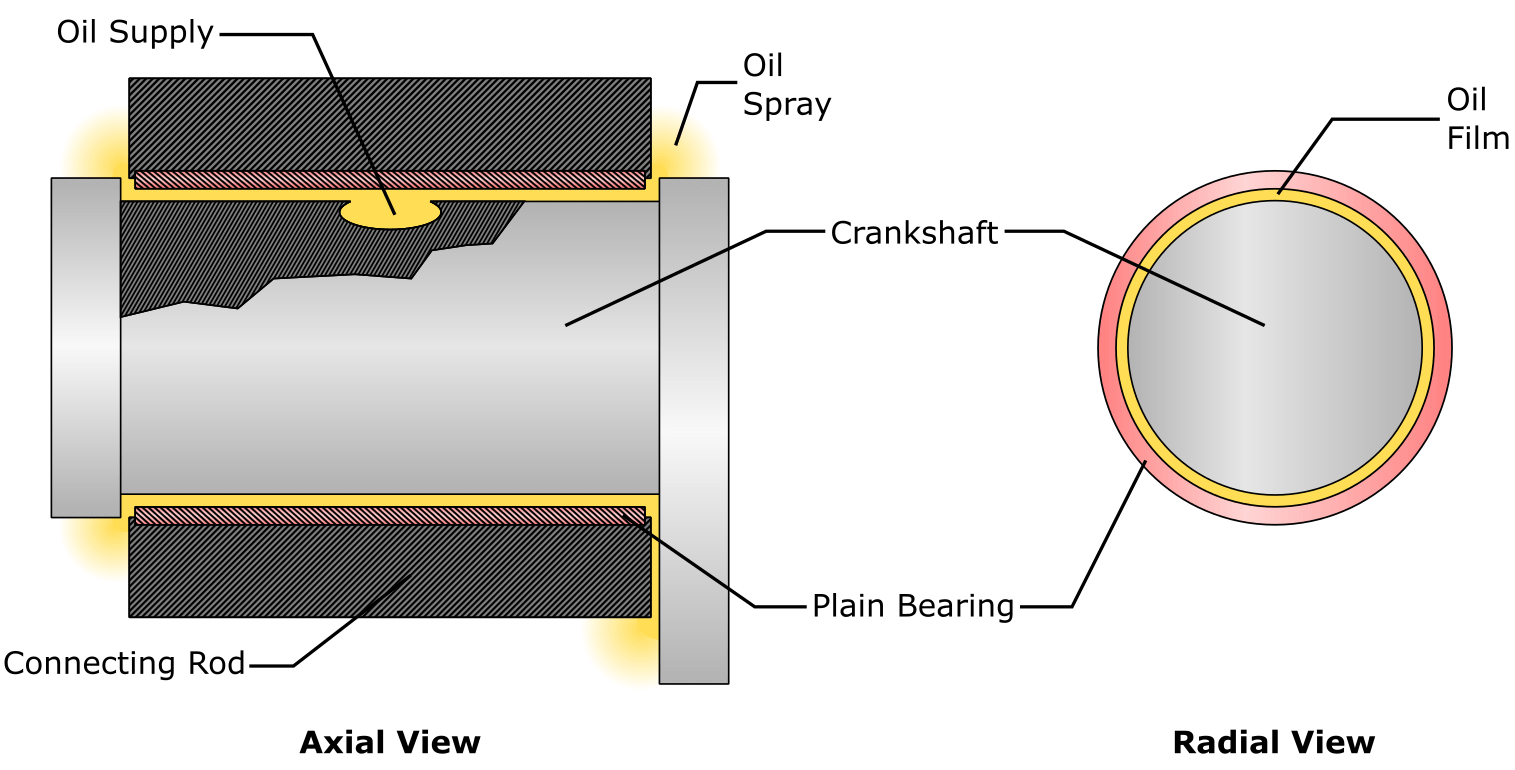 Four stroke and two stroke engines are both types of internal combustion (IC) engine. All IC engines must complete four main stages to complete one full combustion cycle. These stages are:

The above stages are also sometimes referred to as:

The piston then begins travelling towards top dead centre (TDC) and covers the transfer port whist also uncovering the crankcase inlet port; the air fuel mixture then begins flowing from the uncovered inlet port into the crankcase. 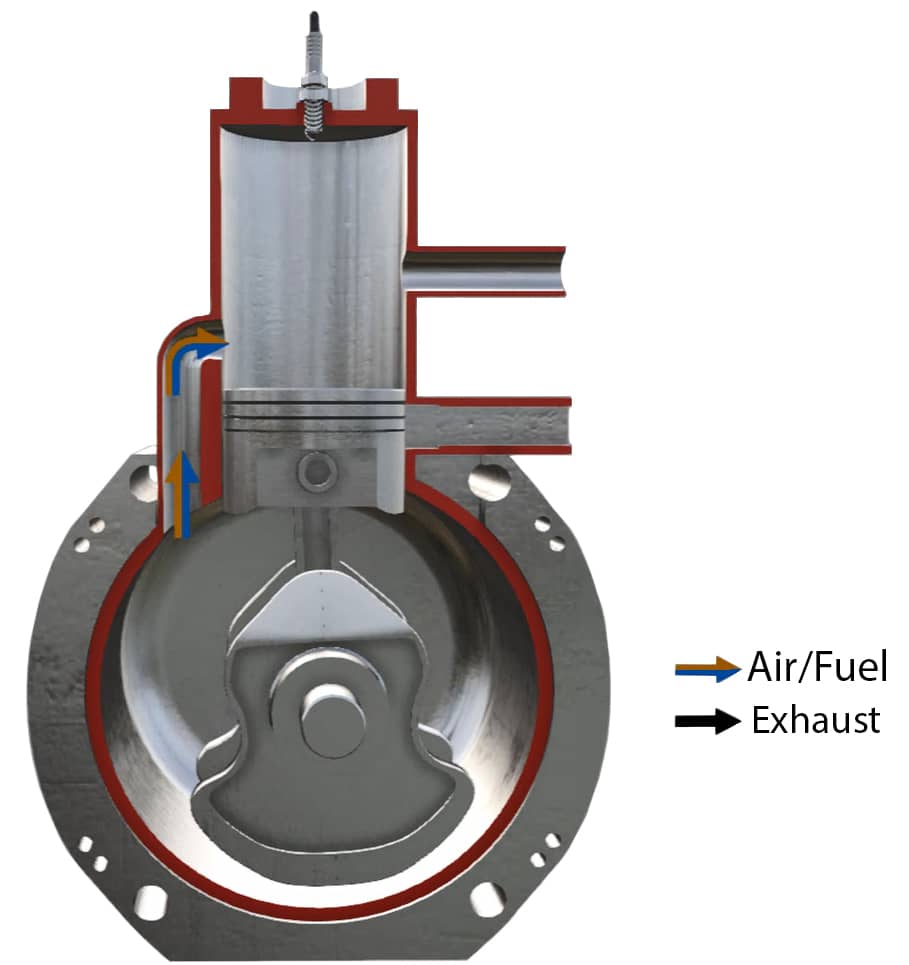 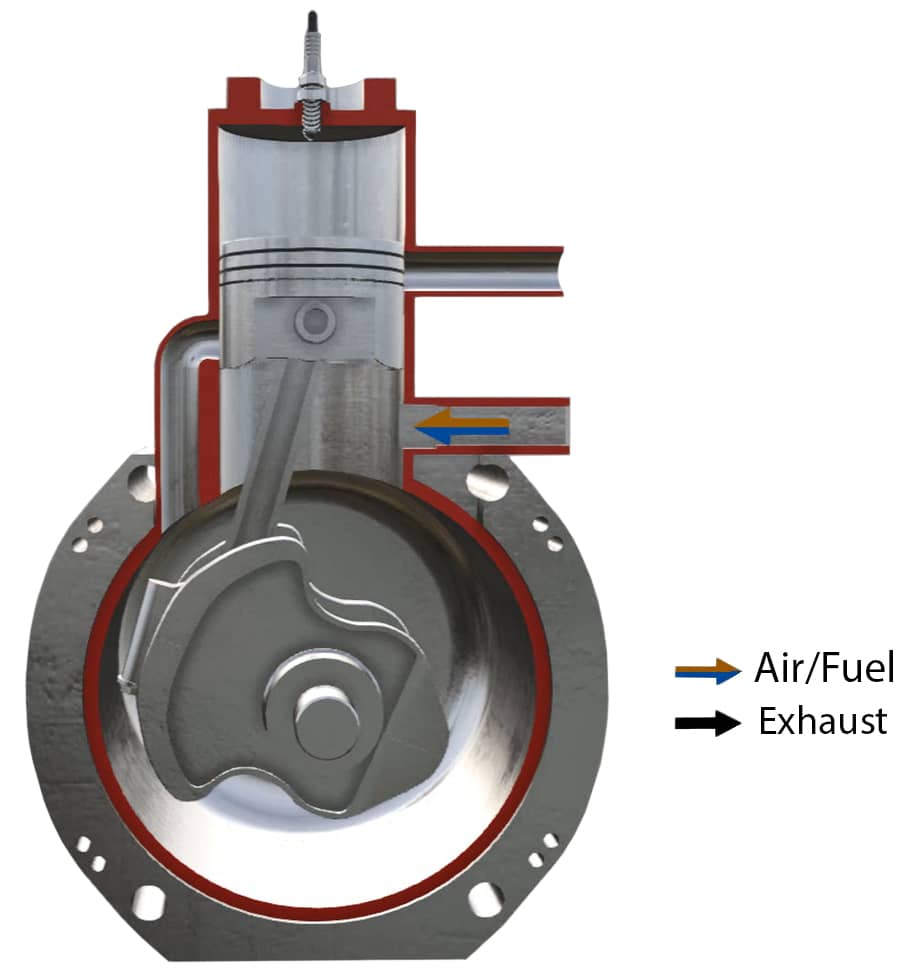 Shortly before TDC, a spark from a spark plug ignites the air fuel mixture. Ignition occurs and a rapid increase in pressure and temperature forces the piston back towards BDC. 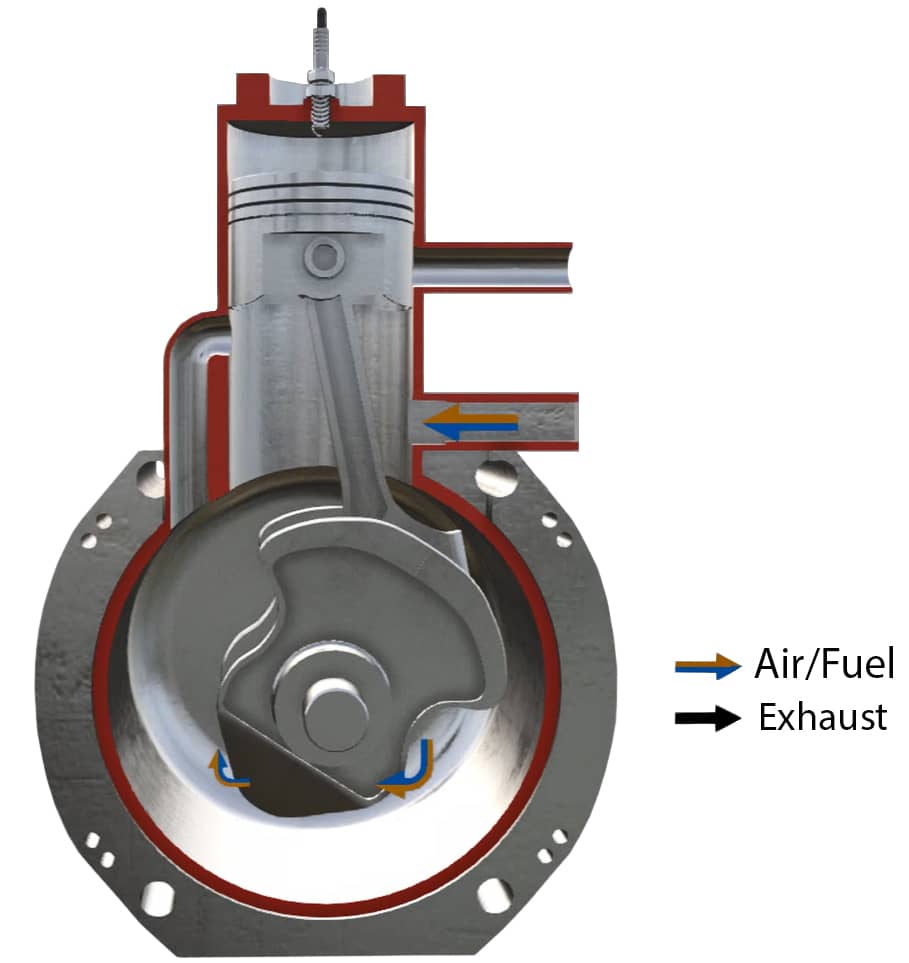 As the piston travels towards BDC, two things occur. First, the exhaust port is uncovered and exhaust gas is discharged from the combustion space. Second, the movement of the piston towards BDC compresses the air fuel mixture within the crankcase.

The piston nears BDC and the transfer port is uncovered; the compressed air fuel mixture enters the combustion space and the cycle begins again. 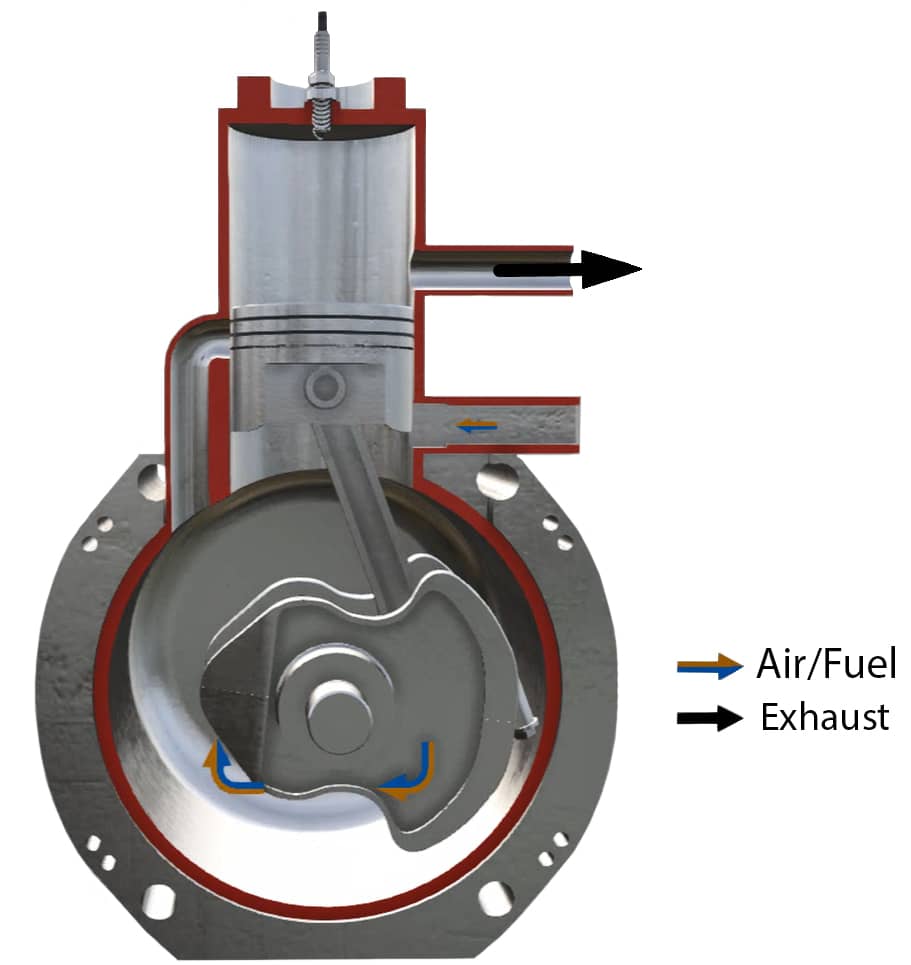 The below video shows the two stroke combustion cycle in detail: 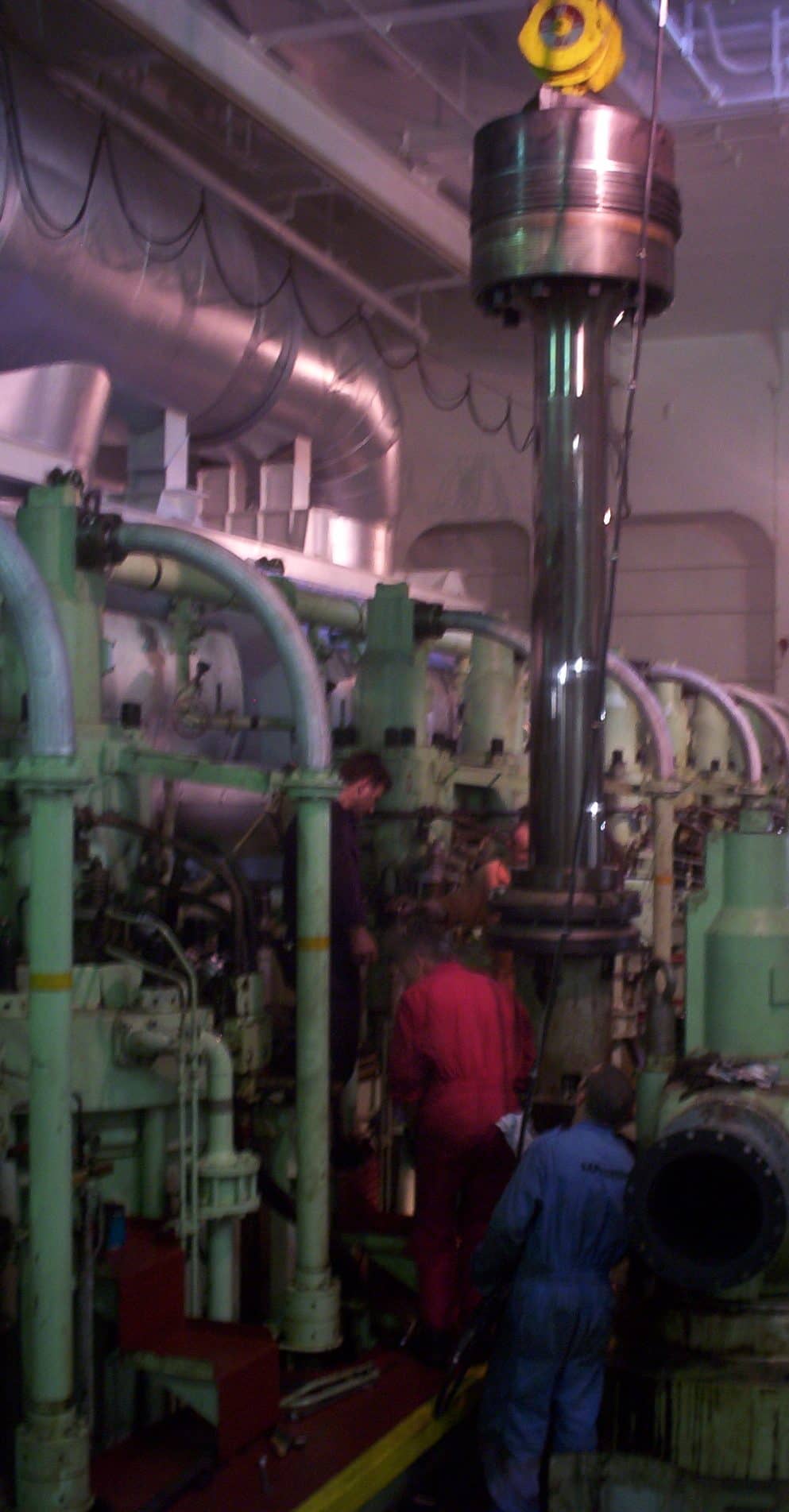 The crankcase is full of gasoline, air and oil, so there is no need for additional lubricating oil pumps, piping or filters. There is also no need for cooling water pumps because there are no coolant passages in the cylinder head (no cooling water system). The two stroke engine design also does not require push rods or exhaust valves etc., all of this leads to a large weight reduction compared to a four stroke engine.

Four stroke engines have more engine parts and can better control when inlet valves and exhaust valves open and close. Controlling valve timing allows the maximum amount of energy to be extracted from the power stage prior to the exhaust stage occurring; this gives an overall increase in engine efficiency.

Fuel injection timing can be more tightly controlled with a four stroke engine compared to with a two stroke engine. The amount and duration of injection can be controlled using a cam or common rail system, which again leads to an increase in engine efficiency.

This 3D model shows all major components associated with a typical small two stroke engine, these include: