This article is about Net Positive Suction Head (NPSH) and Cavitation. If you would like to learn about centrifugal pumps, please see our main Centrifugal Pumps article.

Net positive suction head or NPSH is a means of determining whether a pump can operate normally with low pressure at the pump’s suction eye. Imagine that a pump is connected to a suction tank with a dropping liquid level (Figure 1). The level drops until the liquid just covers the suction pipe and the pump is still operating quite normally (B). Imagine that the level could drop further as if the level were below the centerline of the pump, as occurs when an above ground pump is connected to a sump (C). If the level drops further, the pressure at the suction would be less than atmospheric. At some point, if the level continues to drop, the pump will no longer be able to operate as it should and there will be a reduction in flow and discharge pressure (D). At some sump level, the pump will start to cavitate.

Note: a pump that operates in a sump configuration will require a foot valve (non-return valve) to keep the liquid in the suction pipe and to avoid having to re-prime the pump when it is stopped.

Where h: head in feet or meter

SG: specific gravity, density of the liquid relative to water;

p: pressure in kPa or psi; 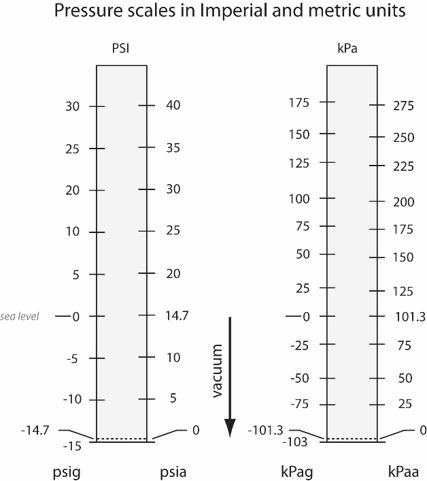 NPSHA is a term that most people find difficult to relate to in part because in certain industries NPSHA is rarely an issue and therefore people have no idea what value it should have. Before we discuss values and the exact definition of NPSHA, let’s get an intuitive understanding of NPSHA. NPSHA is a measure of pressure specific energy present at the pump suction. The higher the pressure, the higher the NPSHA and the better the pump will operate.

Head is measured in feet in North America and in meters just about everywhere else. A very low value of NPSHA would be 3-4 feet (1 m). A typical value would be around 36 feet (11 m). We start to get concerned around 20 feet (6 m). By concerned I mean we need to check the manufacturer’s NPSHR (NPSH Required) recommendation for that pump at our specific flow rate to make sure that we are above their recommendation. The formula for NPSHA is a definition that is stipulated by those organizations that publish pump standards, such as the Hydraulic Institute in the US (http://www.pumps.org/). Regarding European or other country standards, each country has their own standards and I refer the reader to:

https://www.pumpsandsystems.com/understand-european-pump-standards-organizations-processes The manufacturers that are members of Hydraulic Institute have agreed to follow this definition:

h : the suction static head in feet or meters;

Ha: the atmospheric pressure head in feet or meters;

Hf: : the friction head loss in feet or meters;

Hva : the vapor pressure head in feet or meters.

It is a very logical definition that includes all the terms that affect the pressure at the pump’s suction nozzle:

If the suction tank is pressurized, i.e. operates above the atmospheric pressure, then the additional pressure head will have to be added to the suction static head.

(if the suction tank is pressurized)

Where hpr is the additional pressure head on the surface of the liquid in the suction tank. 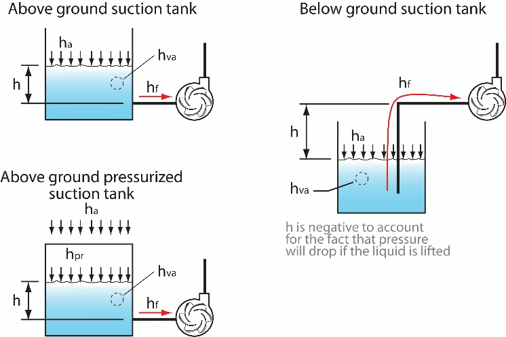 Why is atmospheric or barometric pressure head included in the NPSH definition?

Why is atmospheric pressure included in the definition of a pump system with a pressurized suction tank?

Figure 4 shows the relative size of the values of the NPSHA components in a typical situation where the vapor pressure is small. 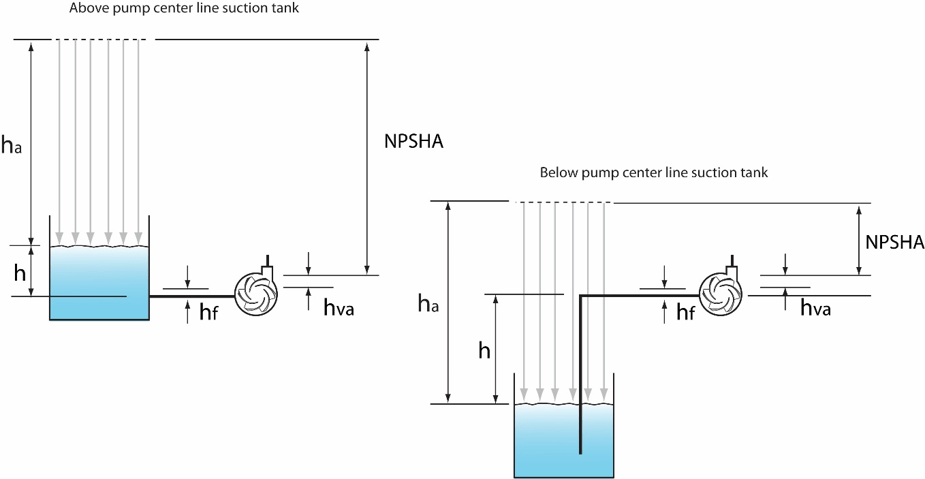 Figure 4 NPSHA – The Relative Size of the Various NPSHA Parameters

In many applications the vapor pressure head (hva) is small relative to other NPSHA terms, but that is not always the case. The friction loss (hf) is usually small because the suction line is normally short and generously sized. The largest component is typically the atmospheric pressure (ha) (34 feet or 10.4 meters), which is added to the suction static head, the other largest component.

The combination of static head and friction loss is one of the main components of NPSHA. We can calculate these terms, or we can measure the pressure at the pump suction, which will combine the effects of both values. But first a digression to explain what the pressure measurement we take will mean.

What happens to the flow and pressure within the pump past the point of measurement?

Figure 5 shows that the pressure drops considerably as the fluid enters the pump’s impeller eye. This happens for several reasons: 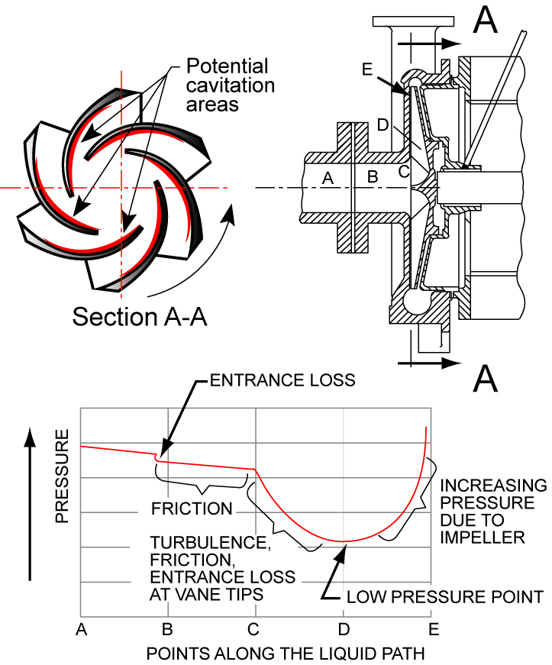 Figure 5 Pressure Variation at Several Points Along the Liquid Path

It’s possible that the local pressure can be low enough for the liquid to boil, or flash, at the “Low Pressure Point” (D).

The liquid will boil at low pressure?

There are two ways to boil a liquid. One way is to increase the temperature while keeping the pressure constant until the temperature is high enough to produce vapor bubbles. In Figure 6, this is what happens if you take one point in the liquid phase and you move horizontally (that is at constant pressure) by increasing the temperature. Eventually you reach the vaporization line of the particular fluid and the fluid starts to boil, or produce vapor bubbles. We do the same thing every day when we boil water in a pot. To learn more about the relationship of volume and temperature at constant pressure, please see Charle's Law. 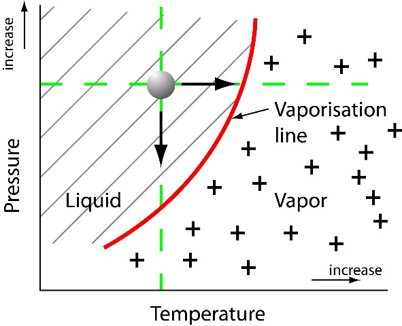 The other way to boil a liquid is to lower the pressure. If you keep the temperature constant and lower the pressure, the liquid will boil as shown in the vertical dash line in Figure 6. In Figure 6, this is what happens if you take one point in the liquid phase and you move vertically (that is at constant temperature) by decreasing the pressure. Again, as you reach the vaporization line of the particular fluid, the fluid starts to boil or produce vapor bubbles. And of course, you can cross the vapor pressure line by decreasing the pressure and increasing the temperature simultaneously. To learn more about the relationship of volume and pressure at constant temperature, please see Boyle's law.

It is not unusual for industrial processes to operate at temperatures that are close to, or higher than, 120 oF. Therefore, if the temperature is high and the pressure reduces as the fluid enters the pump, it will increase the likelihood of cavitation occurring because of the pressure reduction produced inside the pump. If cavitation is occurring or suspected, two possible solutions are:

Why is vapor pressure important?

If the pressure in the pump’s impeller eye drops below the liquid’s vapor pressure, cavitation will occur. Cavitation begins as vapor bubbles form at the impeller eye due to a drop in pressure. The bubbles form at the position of lowest pressure at the pump inlet (see Figure 5), which is just prior to the fluid being acted upon by the impeller vanes. Then, when the impeller vanes begin to act on the bubbles with pressure, they rapidly implode. The implosion of the countless vapor bubbles produce small shock waves that impact the impeller surface and pit away at the metal. Over time, the accumulation of pitting creates eroded areas that can eventually lead to an impeller failure. 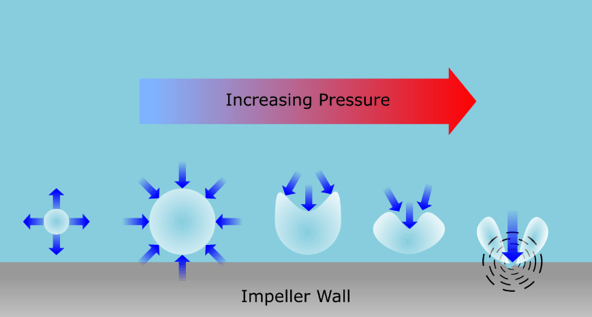 The sound of cavitation is very characteristic and resembles the sound of gravel in a concrete mixer. You can hear this sound by clicking on this link.

Figure 9 shows the damage that can occur to a propeller over a period of time during cavitation; the propeller shown has suffered mild erosion due to cavitation. 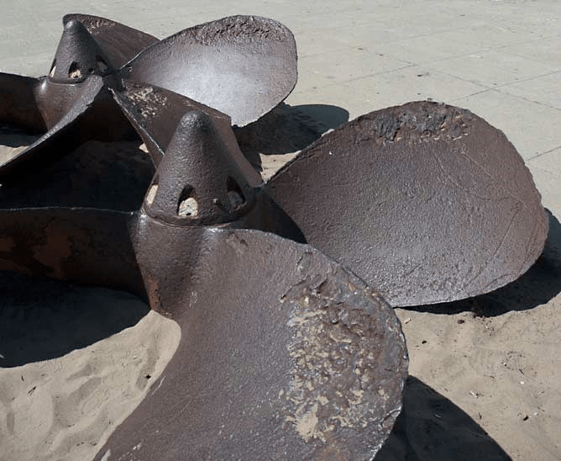 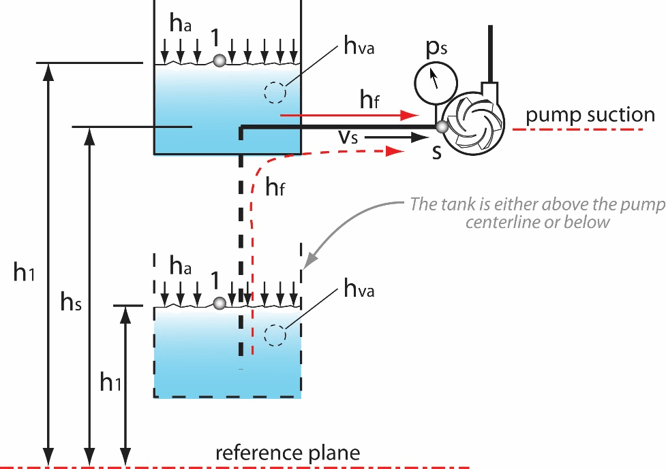 This is the general formula for NPSHA based on a pressure measurement at the pump suction:

ps : the suction pressure in psia or kPaa;

vs : the velocity at the pump suction in ft/s or m/s;

pa : the atmospheric pressure in psia or kPaa;

pva : the vapor pressure in psia or kPaa.

In part 2, we will consider how pump manufacturers determine the NPSH requirement (NPSHR).

NPSH is a situation that many designers will never have to consider because many liquids such as water or similar have a low vapor pressure and the temperature is low, for example below 110 oF. However, in the case of a below ground suction tank in conjunction with an above ground pump, the static head is low and NPSHA should be carefully considered. Anyone in the hydrocarbon processing or chemical industries will need to carefully consider the NPSH available, as the properties of chemicals and hydrocarbon liquids vary considerably compared to water.

Pump manufacturers will always request the NPSHA of your pump system no matter what the case (unless you are requesting a submerged pump) as a means of protecting themselves from potential suction head problems in your plant. The NPSHA is the last thing you will check after designing your pump system and selecting your pump. 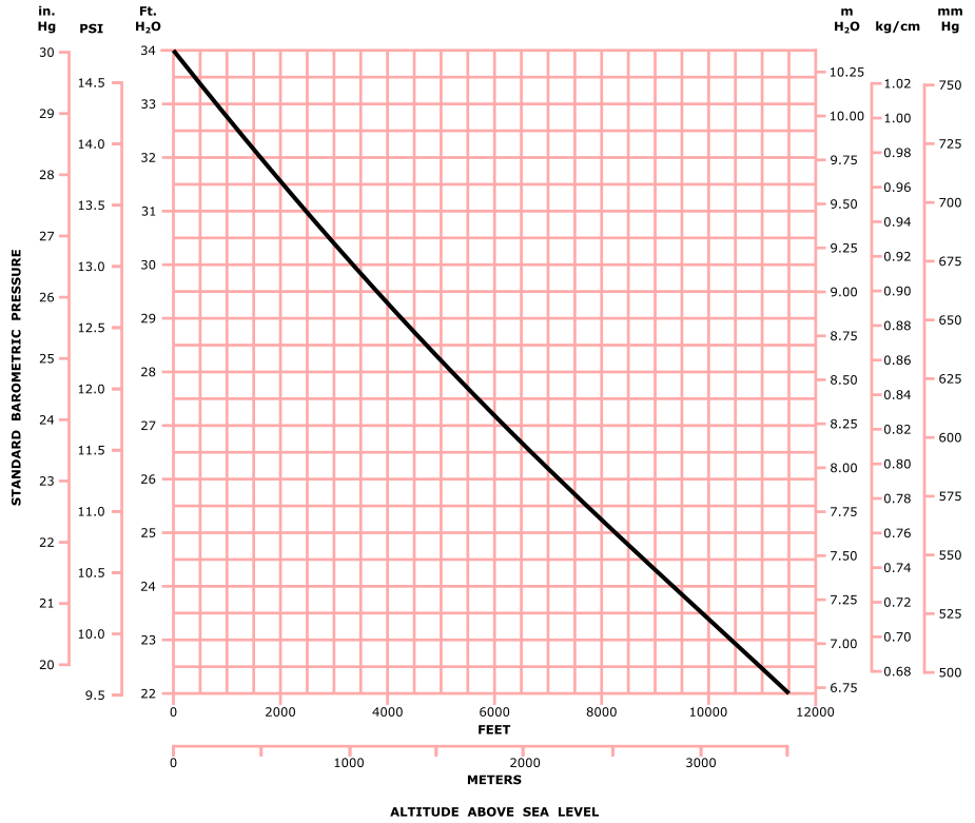 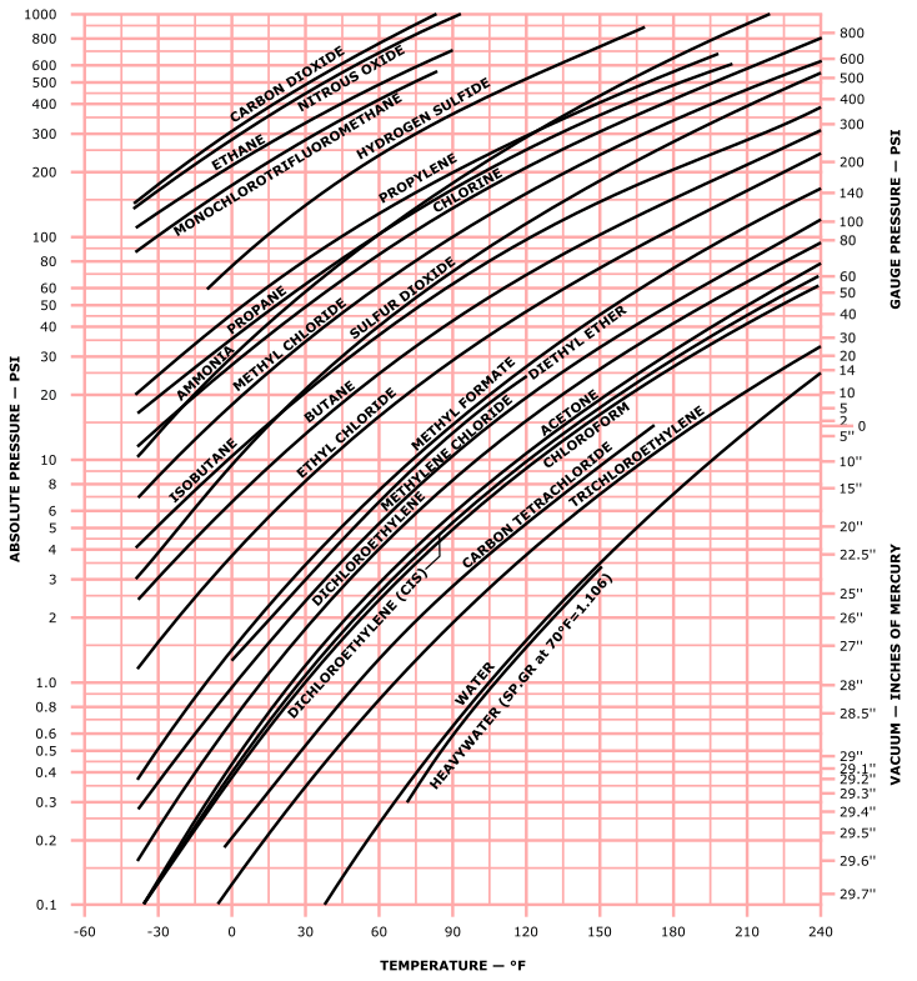