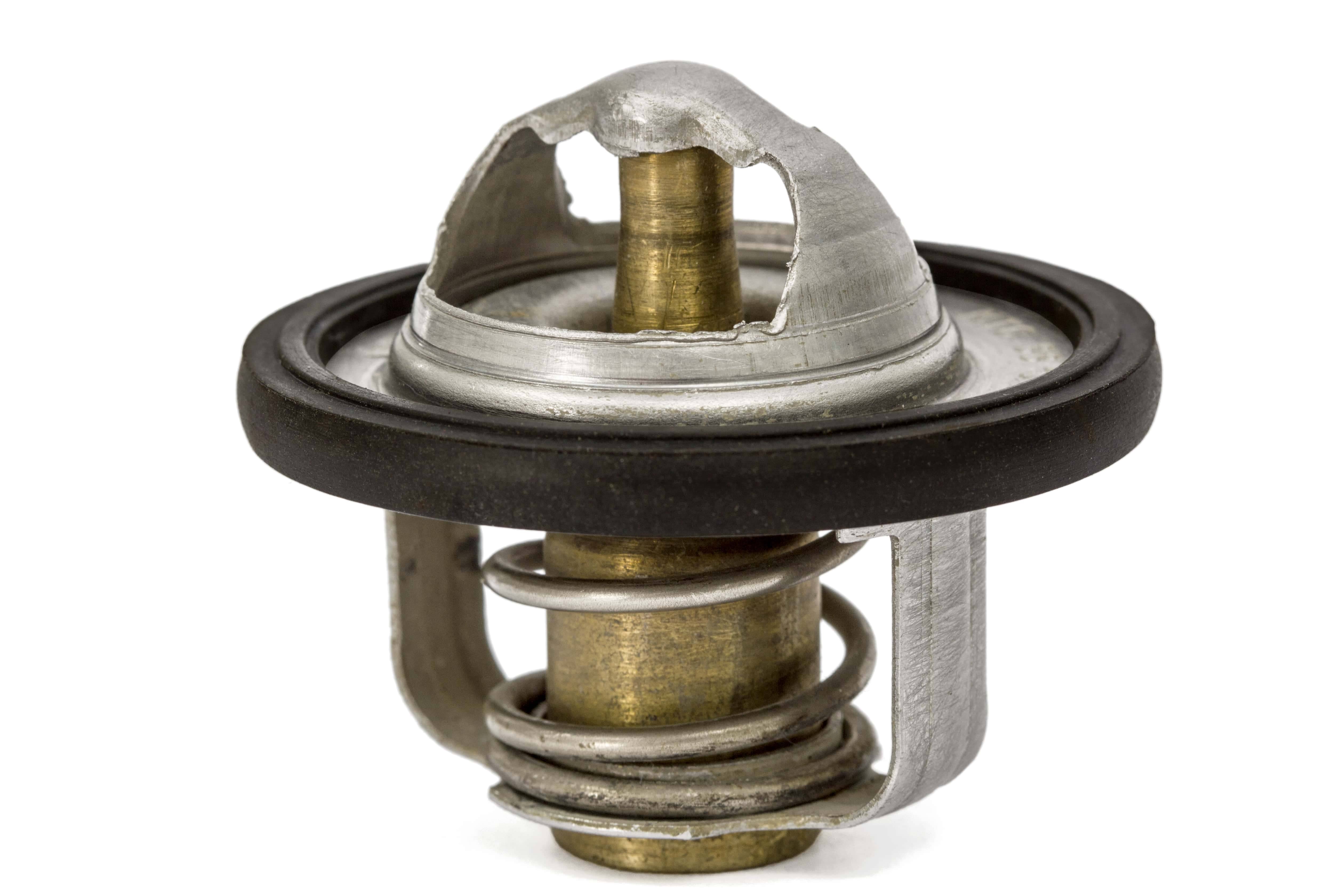 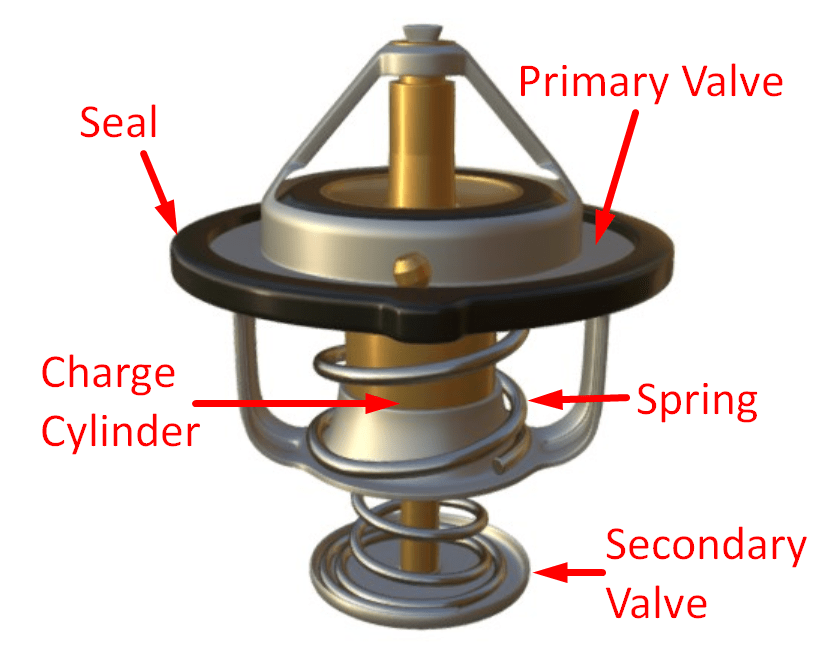 A seal is used to prevent any unwanted flow past the thermostat main valve. The seat where the seal sits must be clean in order for the seal to function correctly.

A spring returns the main valve to the closed position once the cooling water temperature decreases below a certain point.

As the cooling water system temperature decreases, the charge cylinder wax changes state and a rod contracts into the charge cylinder. The secondary spring allows the rod to retract to a defined point, after which the spring's residual stress prevents the rod retracting further.

The air bleed is used to remove air (bleed air) from the cooling water system. It should be ensured that the air bleed is rotated to the highest position possible when the thermostat is installed as this is where the air will gather. Not all thermostats have an air bleed.

How do engine thermostats work? 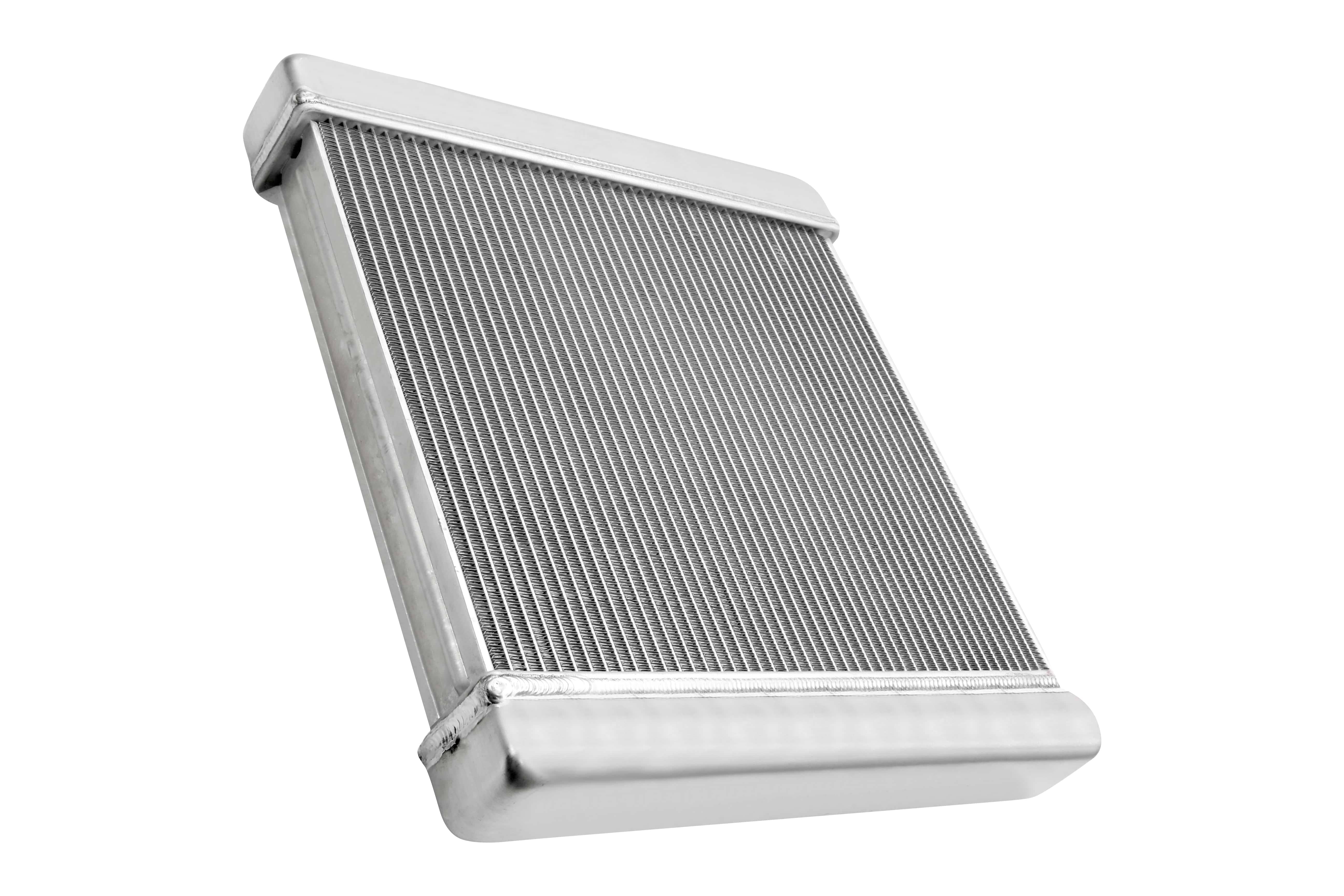 This 3D model shows all major components associated with a typical thermostat, these include: