Four stroke internal combustion (IC) engines have been used for over 100 years and their design has not changed significantly since this time. Each of a four stroke engines strokes is used for one stage of the combustion cycle i.e. there is one stroke for each of the suction, compression, power and exhaust stages. 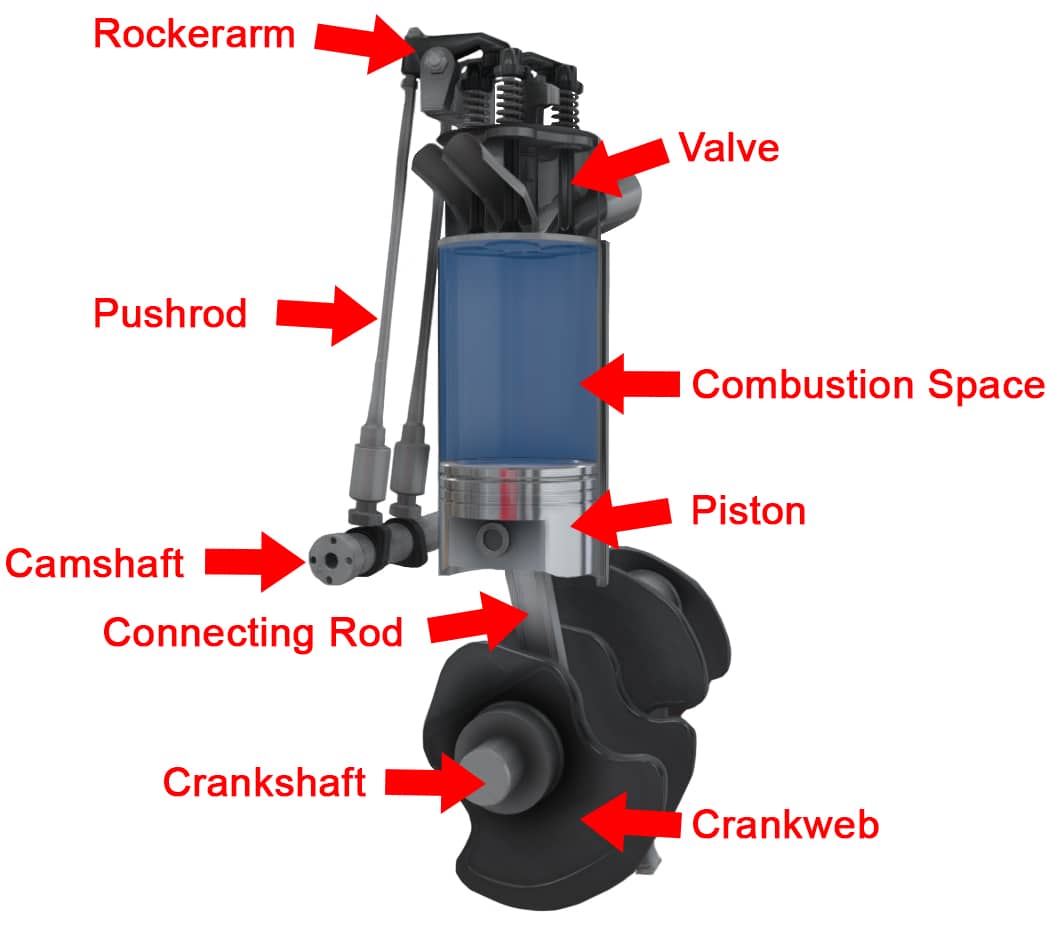 Access the below 3D model if you would like to learn all of an engine's main components and some engine terminology. 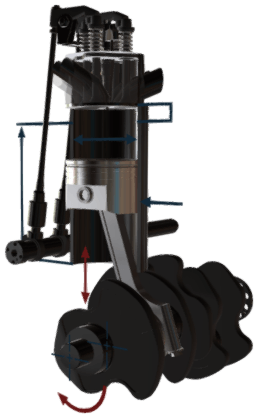 A four stroke engine requires four strokes to complete one combustion cycle. The strokes are:

Another way to remember the strokes and their order is to change the wording to:

The suction stroke draws air into the cylinder liner (combustion space) as the piston moves down towards bottom dead centre (BDC). When the piston reaches BDC, the inlet valves close and the piston travels back upwards towards top dead centre (TDC); this is the compression stroke. 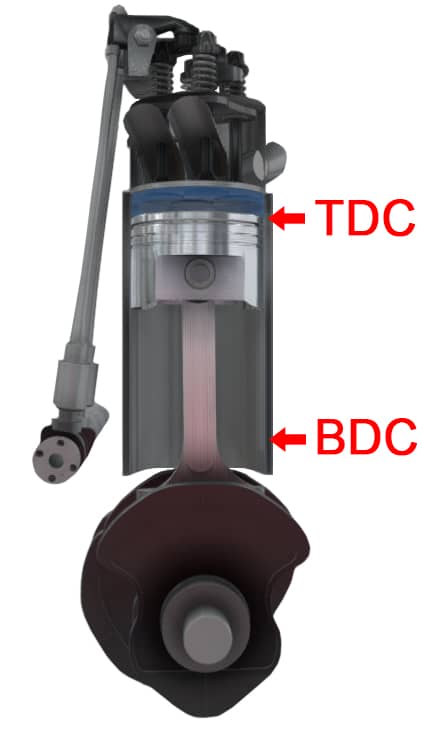 As the piston moves towards TDC, the air in the cylinder is compressed (volume reduces) and its temperature and pressure increases. Shortly before TDC, fuel is injected into the combustion space. The fuel ignites and a controlled explosion occurs. 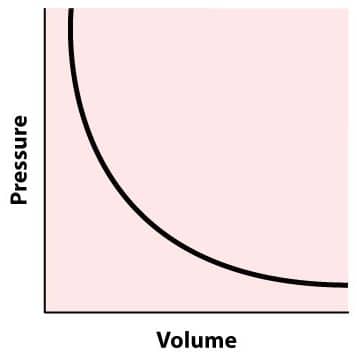 Once ignition occurs, the power stroke begins. The increase in pressure and temperature created by combustion pushes the piston towards BDC. Once at BDC, all the fuel within the combustion space has been burnt and the final engine stroke is ready to begin.

This 3D model shows each stage of the four stroke engine cycle. Blue indicates suction and compression whilst red indicates expansion (power) and exhaust. The valves and other components are all correctly timed to show the entire four stroke process.