Fusible plugs are a type of warning device employed on compressed air systems, well heads and steam systems. They are considered a last line of defense and are often used to avert a catastrophic failure occurring e.g. explosion. Whist safety valves protect machinery items from over pressure, fusible plugs protect machinery items from over temperature. 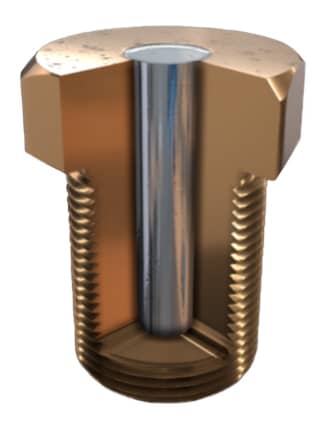 Fusible plugs have found widespread application in many industries due to their simple design, effectiveness and improvements to safety. They are commonly installed within compressed air systems and coal fired boilers; boilers burning light fuel oil (LFO) or gas are not always equipped with a fusible plug. 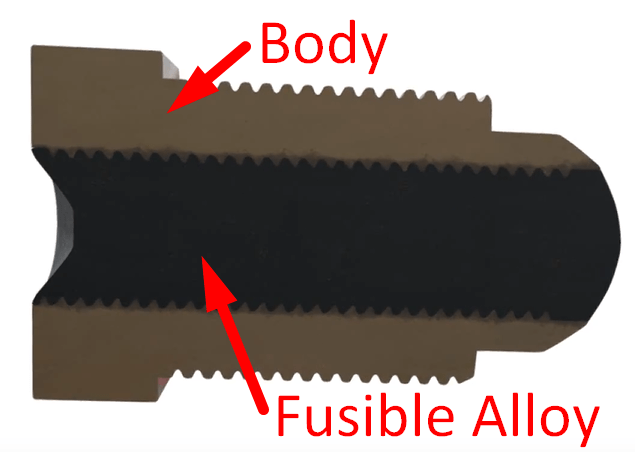 The fusible alloy within a fusible plug is designed to melt at a lower temperature than the surrounding plug body. If the plug is exposed to elevated temperatures, the fusible alloy will melt and a straight or tapered channel will be formed lengthwise through the plug body. The open channel allows the system pressure to vent directly to a predetermined location. For compressed air systems, this location is usually just the space surrounding the plug. For boilers, it is more likely to be the furnace or firebox. The fusible plug body is often shaped so that a whistling noise is created as the system pressure vents, this acts as a local audible alarm to system operators.

What is the purpose of a fusible plug?

Compressed air installations represent a considerable risk if exposed to fire, this is because the air within the system becomes heated and the system pressure rises until the pressure is too great for the system to hold. If this occurs, the pressure could be released catastrophically. Another danger is that the oil vapour within the air compressor could ignite due to the elevated temperatures; this mode of failure could also be catastrophic.

Fusible plugs are installed within boilers to reduce the risk of a boiler explosion as a result of low water firing. A low water level scenario in a boiler would lead to over heating of the heat transfer surfaces and resultant damage to the boiler would occur (with potential catastrophic results). 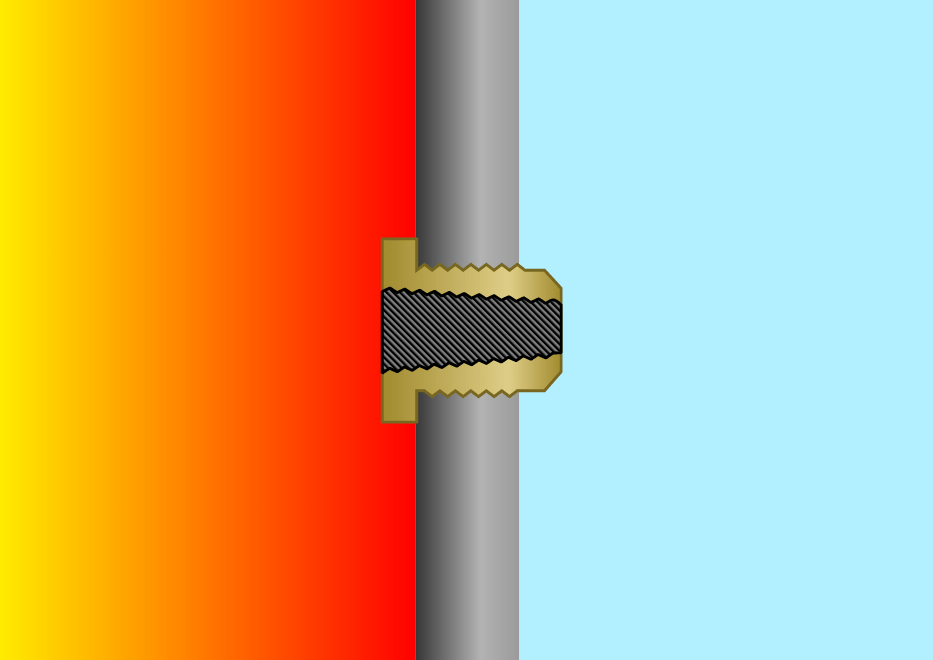 Boiler fusible plugs usually vent steam to the firebox, which extinguishes the boiler flame and thus reduces the steam system temperature and pressure.

Where to Install a Fusible Plug 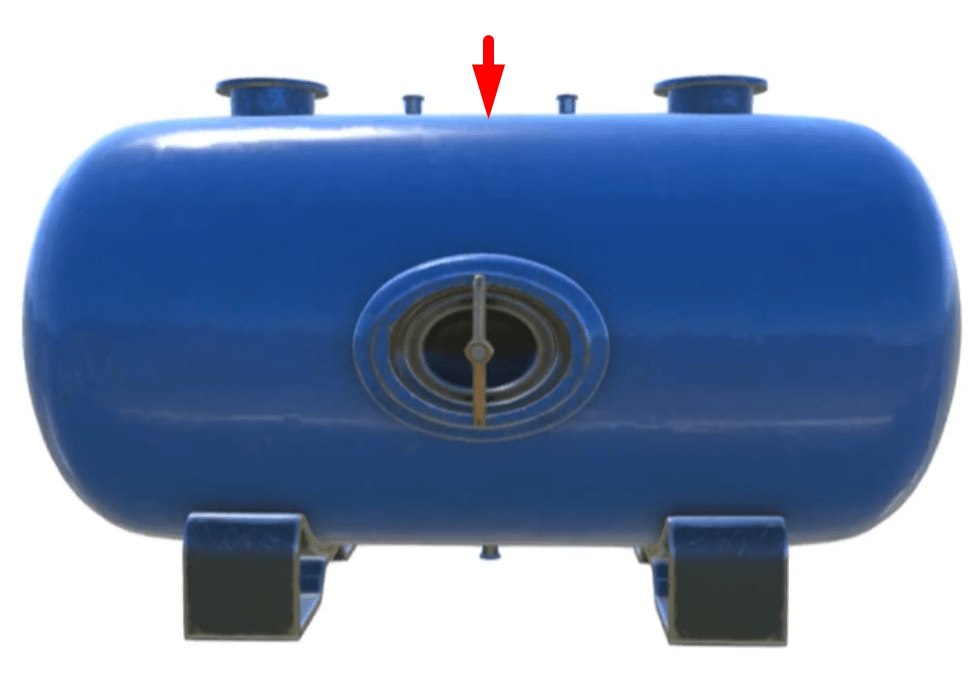 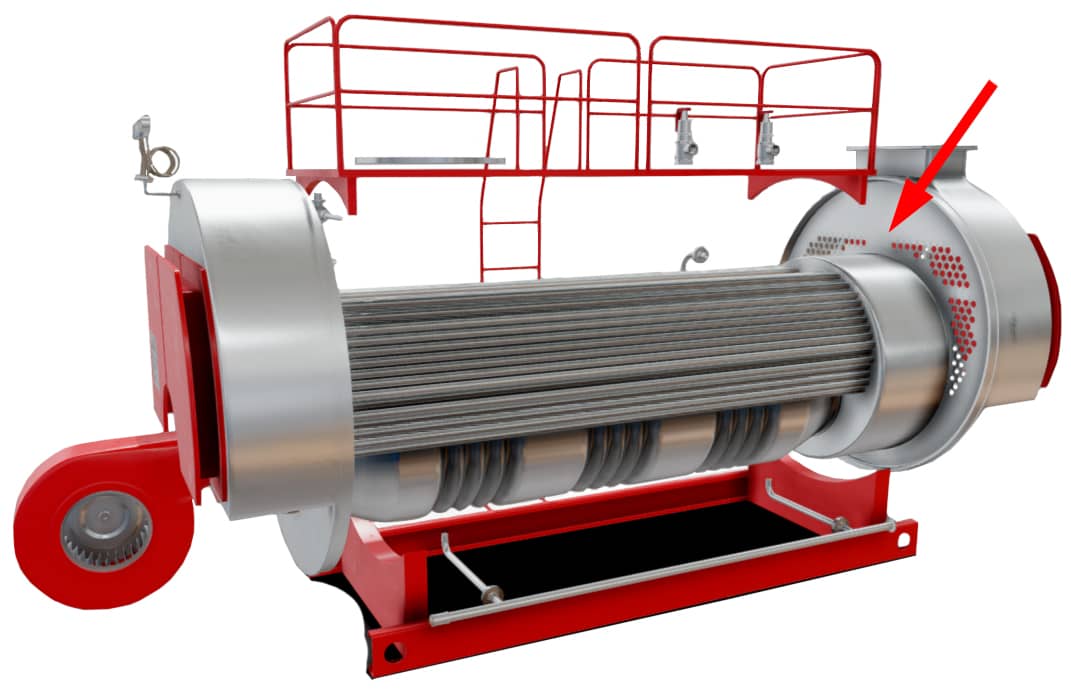 Compressed air systems are normally maintained in a clean state. Some oil carry-over may occur from the compressors, but this can be prevented by using oil-free compressors or filters. Moisture carry-over may also occur, but driers (usually desiccant or refrigeration types) are used to remove the moisture.

Providing that oil and moisture are removed, the compressed air system will remain clean and the fusible plug will remain in a good condition i.e. not coated in an oil film or corroded by water. Despite this, periodic changing of the plug is required as part of a preventative maintenance strategy (and sometimes to satisfy legislative requirements).

There are several factors that may influence a boiler fusible plug's operation, these relate to the plug being insulated and not functioning correctly as a result. Insulating of the fusible plug is a problem that may occur on the water side, fire side, or both sides of the plug 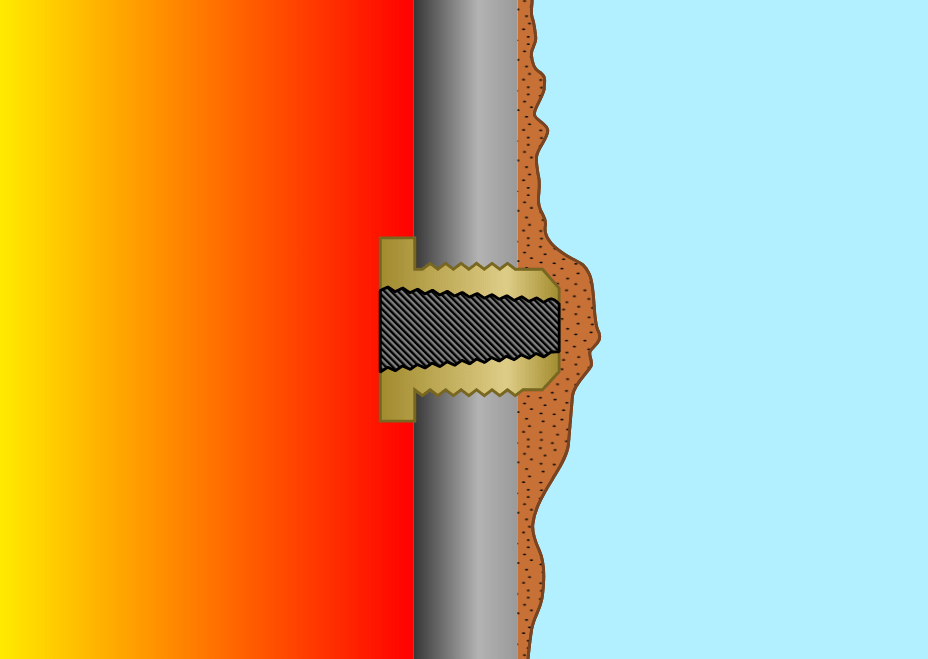 On the fire side, soot from combustion may accumulate on the fusible plug surface and form an insulating barrier. If this occurs, the fusible plug may not operate as intended. Soot should be removed from heating surfaces during maintenance. 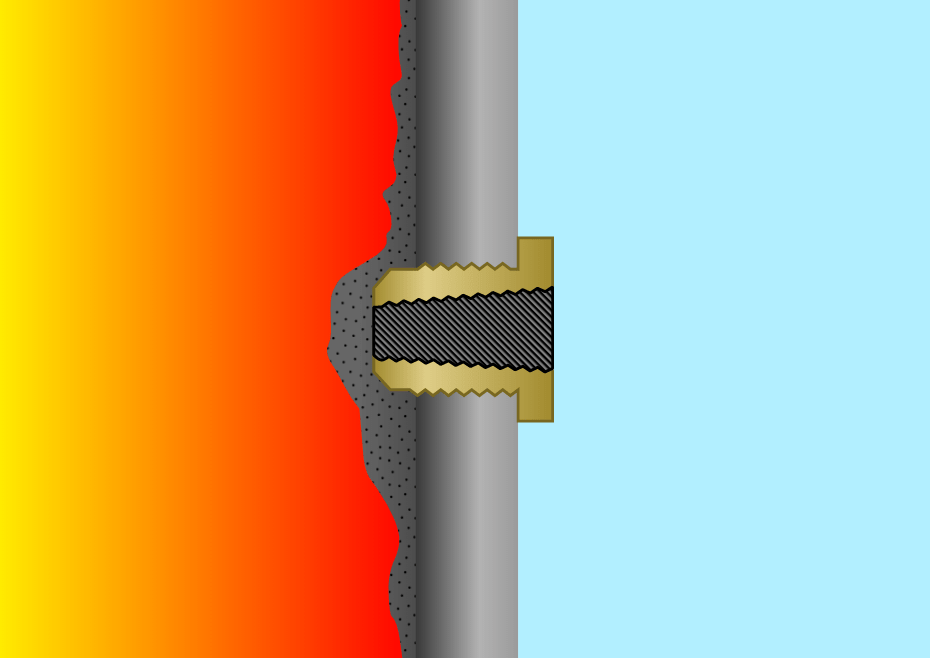