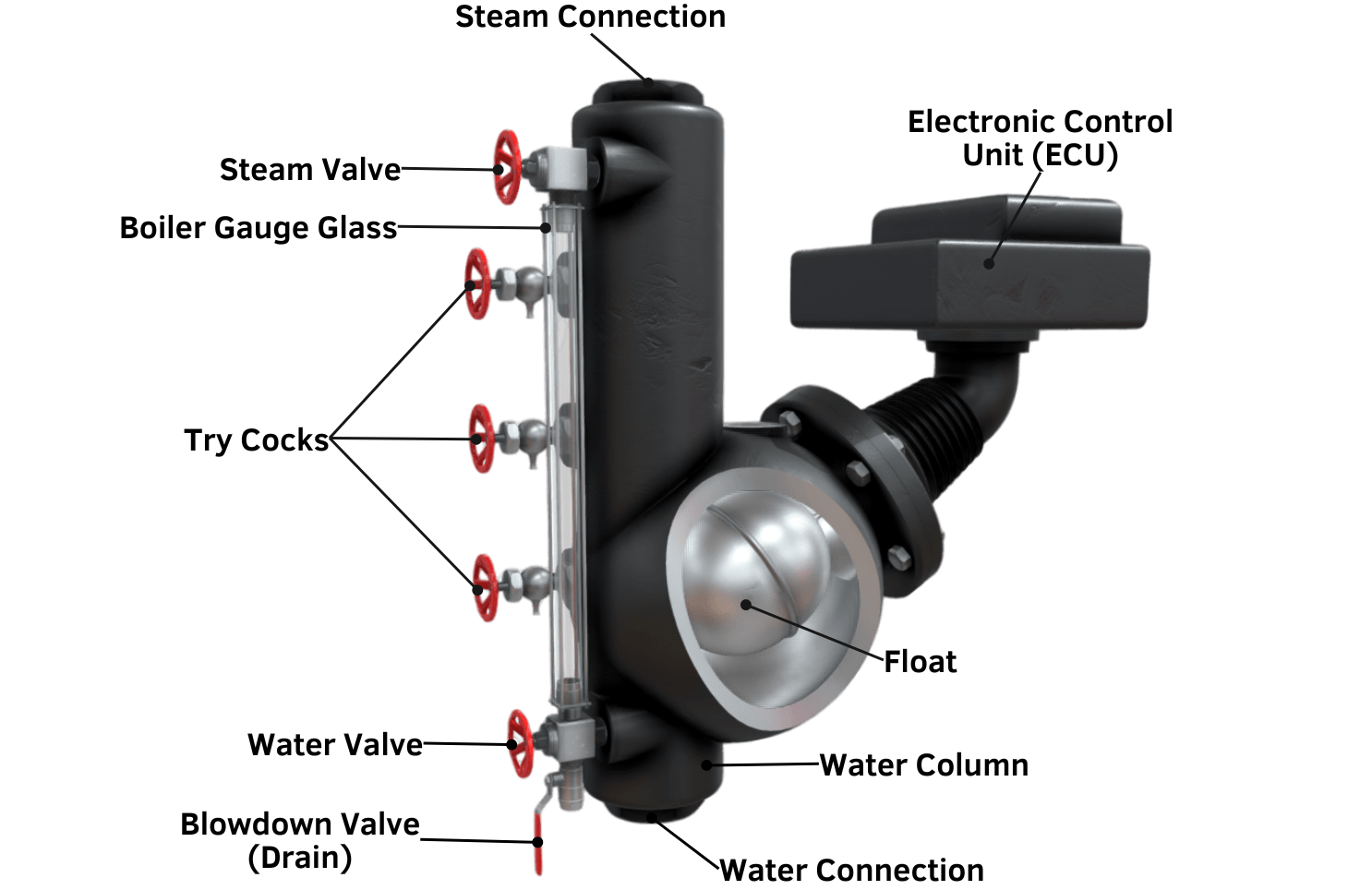 In most boilers, the water that is heated by the boiler tubes to create steam is also the water that cools the tubes. Loss of this water can thus cause the tubes to overheat or even melt, leading to expensive and lengthy plant outages.

What is a fuel cut off device?

A boiler drum contains the water reservoir that is circulated within a steam generator. Watertube boilers have a steam drum above the boiler tubes, whereas firetube boilers have tubes within the boiler drum. In both boiler designs, water heated by the tube walls is also cooling the tube walls; thus a low water level scenario will lead to overheating of the tubes and potential boiler failure. 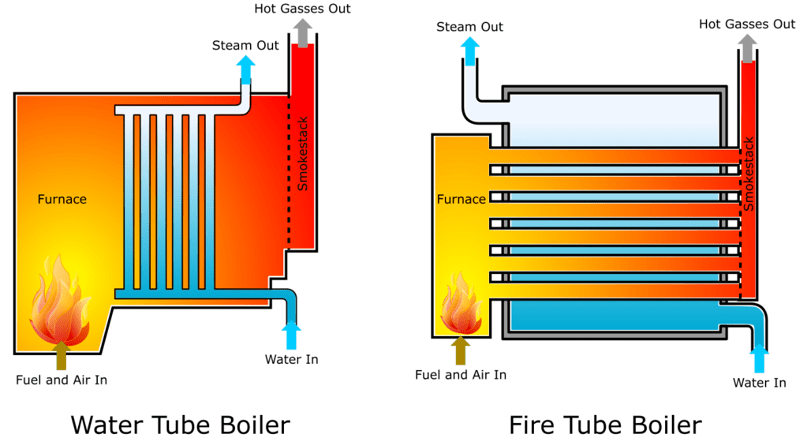 To maximise efficiency in watertube boilers, combustion takes place within a chamber whose walls are made up of water carrying tubes and/or tubes located directly within the flame or hot flue gases. It is vital that the tubes remain filled with water when the boiler is in operation; accurate and reliable water level measurement equipment is installed for this reason.

For firetube boilers, the water within the drum surrounds the tubes and it is the water level within this drum that is measured and connected to a low water fuel cut off device. It is also possible to install LWFCO devices on water heaters although these operate at much lower pressures and temperatures. 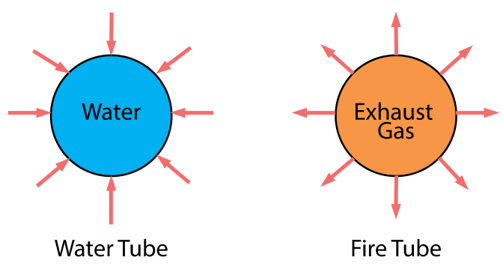 It is important to note that fuel cut off devices are not only installed for the purpose of isolating the fuel supply in the event of a critically low water level, but also in case of other events that may otherwise render the boiler unsafe or risk major plant damage (high steam pressure, high steam temperature, loss of flame, abnormal furnace pressure etc.).

The below image shows a typical low water fuel cut off device; the device shown is of the float design. A boiler gauge glass may be integrated into the LWFCO along with try cocks (small red valves used to prove the water level in the water column). The LWFCO device may be incorporated into a boiler water column depending upon the boiler design. 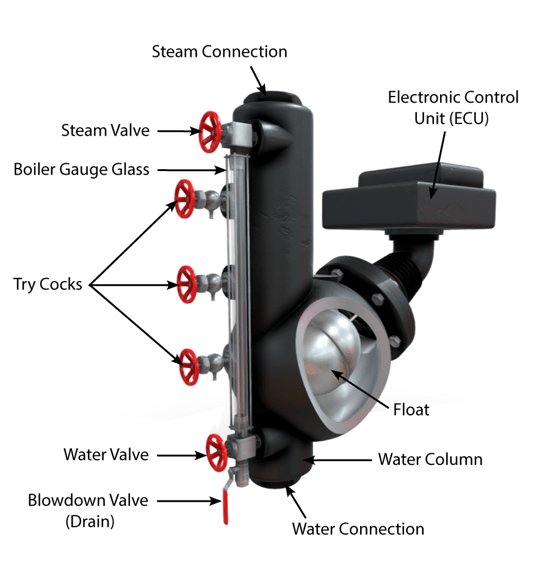 The above LWFCO float design has: 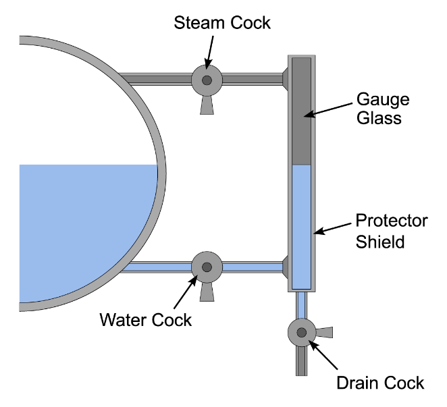 Float type LWFCO devices are connected to an electrical circuit which controls the operation of the burner and fuel supply. As LWFCO floats move proportionally with the boiler drum water level, any low water level scenario will cause the flow to drop and the burner(s) to shut down.

LWFCO devices can also be designed so that when they shut down the burner, they also automatically start the feedwater pump, monitor the water level until it reaches the normal operating water level (NOWL) again, then start the burners once a safe working level is again reached. 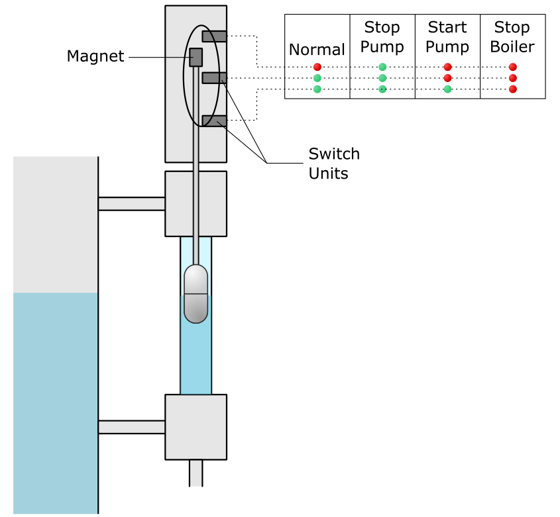 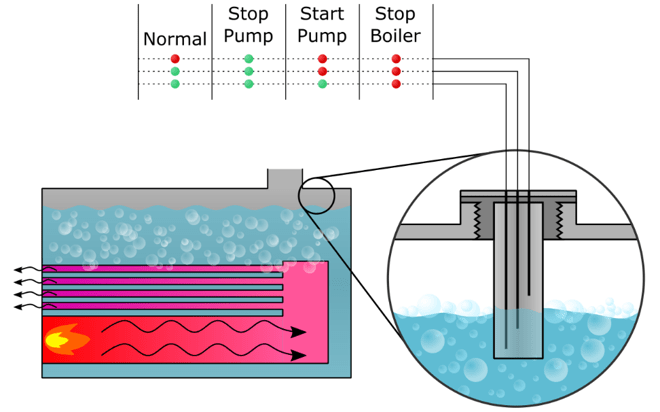 The float type LWFCO design shown previously is fitted with its own blowdown valve which is maintained according to the boiler manufacturer’s instructions and the applicable standards. The LWFCO device is tested by means of opening the blowdown valve and observing whether the burner is shut down when the water level in the water column falls below the defined low water level; another procedure used to prove the working of the LWFCO device is the evaporation test.

For both LWFCO device types (float and probe), it is essential that blowdown testing be conducted at regular intervals to ensure that the devices are operating correctly. This is especially important with reference to probe type devices, which are more prone to fouling by sediment and scale in the boiler water.