Pumped storage power plants are a type of hydroelectric power plant; they are classified as a form of renewable (green) power generation.

Pumped storage power plants are used to balance the frequency, voltage and power demands within the electrical grid; they are often utilized to add additional megawatt capacity to the grid during periods of high power demand. For this reason, pumped storage plants are referred to as ‘peaking’ plants. 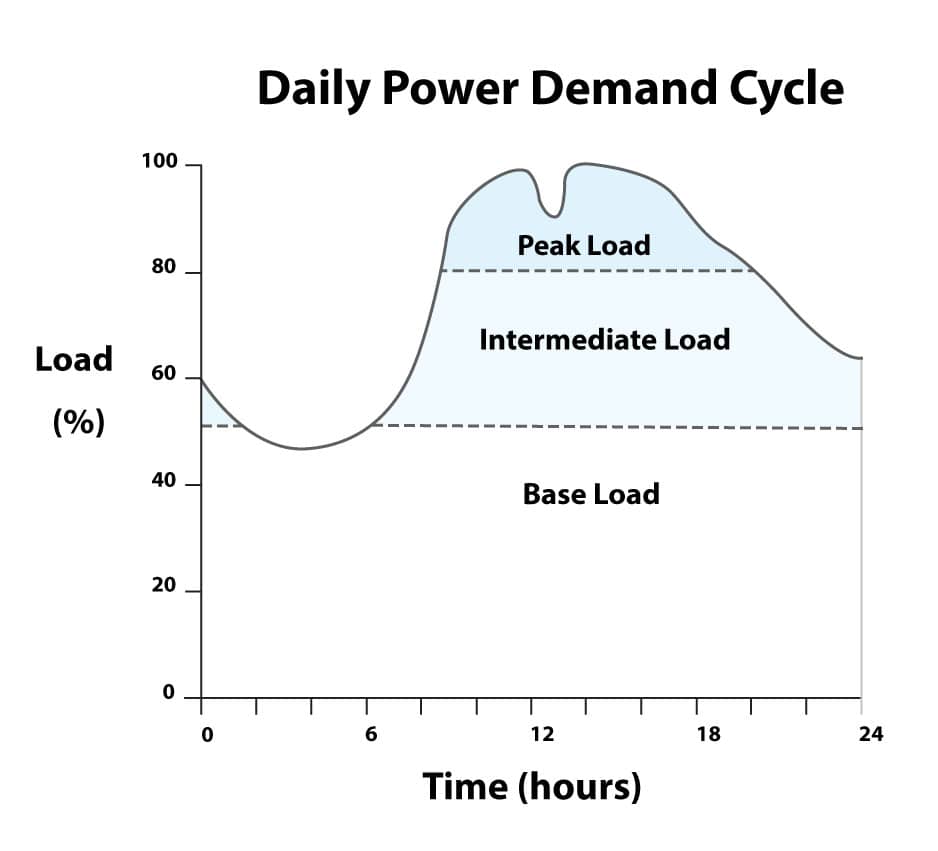 Because pumped storage plants can provide electrical grid operators with power ‘on-demand’, they have a high level of dispatchability (the ability to provide power to the grid quickly when needed).

Irrespective geographical location, all pumped storage plants require an upper reservoir and lower reservoir. The difference in elevation between the upper and lower reservoirs is referred to as the ‘head’ (head of pressure) and it must be significant in order for the plant to operate efficiently. 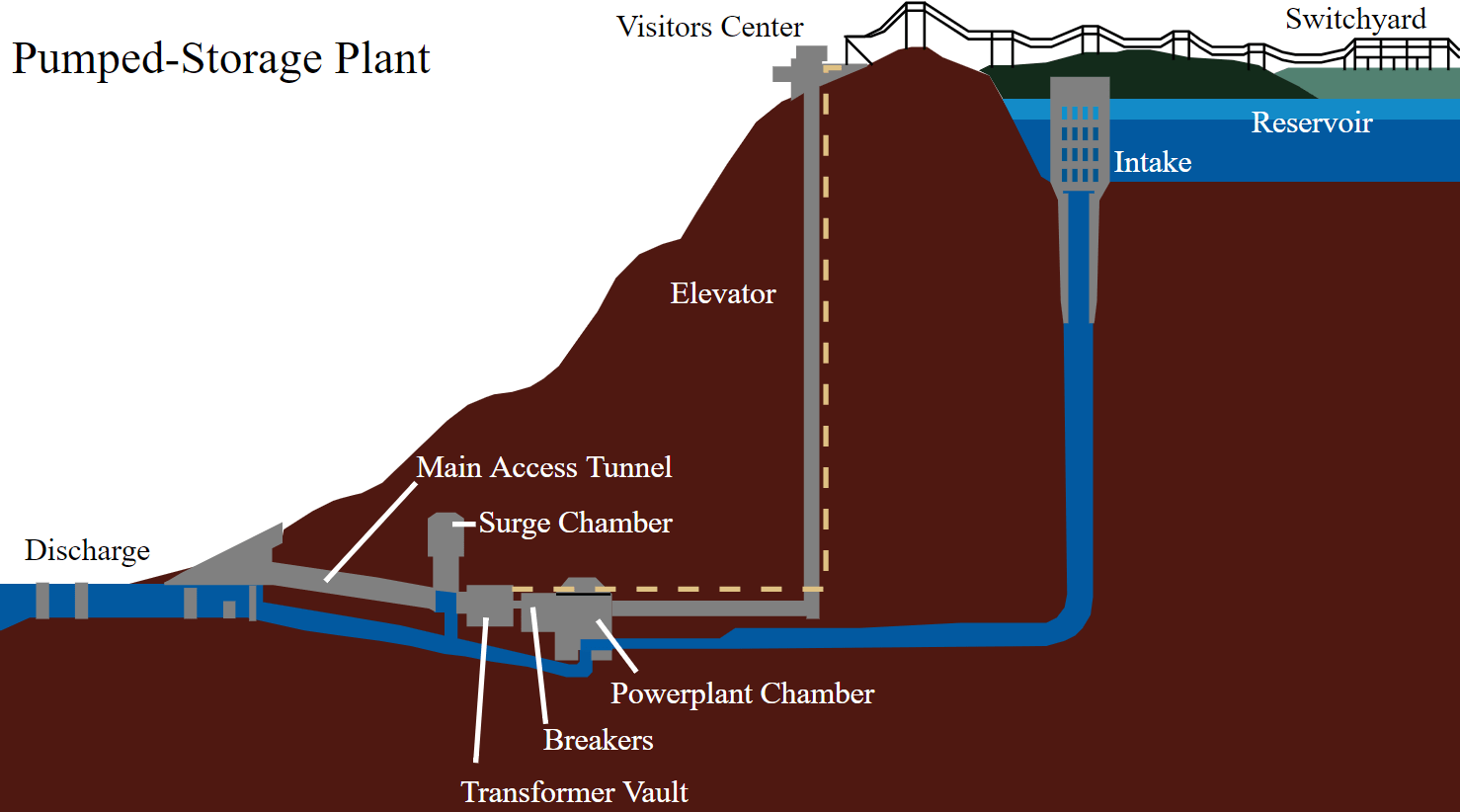 Water flows from the upper reservoir, through the penstock, and to the Francis turbine. As the water passes over the Francis runner blades, a pressure differential is created that causes torque (rotary force) to be applied to the runner. The runner begins to rotate.

Water discharged from the turbine runner enters into a draft tube where some of the kinetic energy is recovered and converted to potential energy; the water then enters the tailrace and is discharged to the lower reservoir.

Water is pumped from the lower reservoir to the upper reservoir by the Francis turbine runner. The flow path is the same as when generating electricity, except the flow direction is reversed because the Francis runner is used as a pump instead of a turbine.

Pumped storage plants rely upon the varying price of electricity to make a profit. Many thermal power plants (coal fired, gas fired etc.) cannot increase or reduce their MW output quickly because this would place large thermal stresses on the power plant components (water tube boiler, piping etc.). For this reason, thermal power plants produce almost as much power at night, as they do during the day.

During the day, power is in demand and electricity prices are high. At night, power is not in demand and electricity prices are low. Pumped storage power plants purchase power at night to pump water up to the upper reservoir, they then generate power and sell it back to the grid during the day, when the demand -and price- is higher.

Power is purchased from the grid at 1ct/kWh to pump water from the lower to upper reservoir.

Power is sold to the grid at 2ct/kWh by allowing water to flow from the upper to lower reservoir.

The pumped storage plant has generated 1ct/kWh of profit during this process because:

Pumped storage plants have operated in this manner for many years, but the recent increase in renewable energy sources is changing the power industry dynamic.

It is a sunny and windy day, many solar and wind power plants are online and generating power. Because of this increase in power availability, there is a surplus in the grid and the price of electrical power reduces proportionally.

The price of power during the day reduces so much that pumped storage plants can come online and purchase power to pump water up to the upper reservoir.

This 3D model shows all major components associated with a typical pump storage power station, these include: