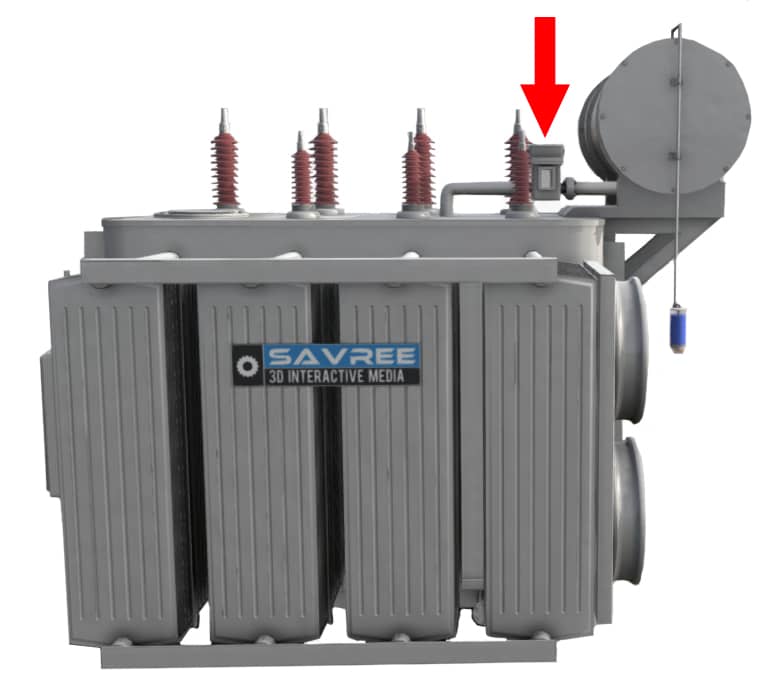 Location of Buchholz Relay on Transformer 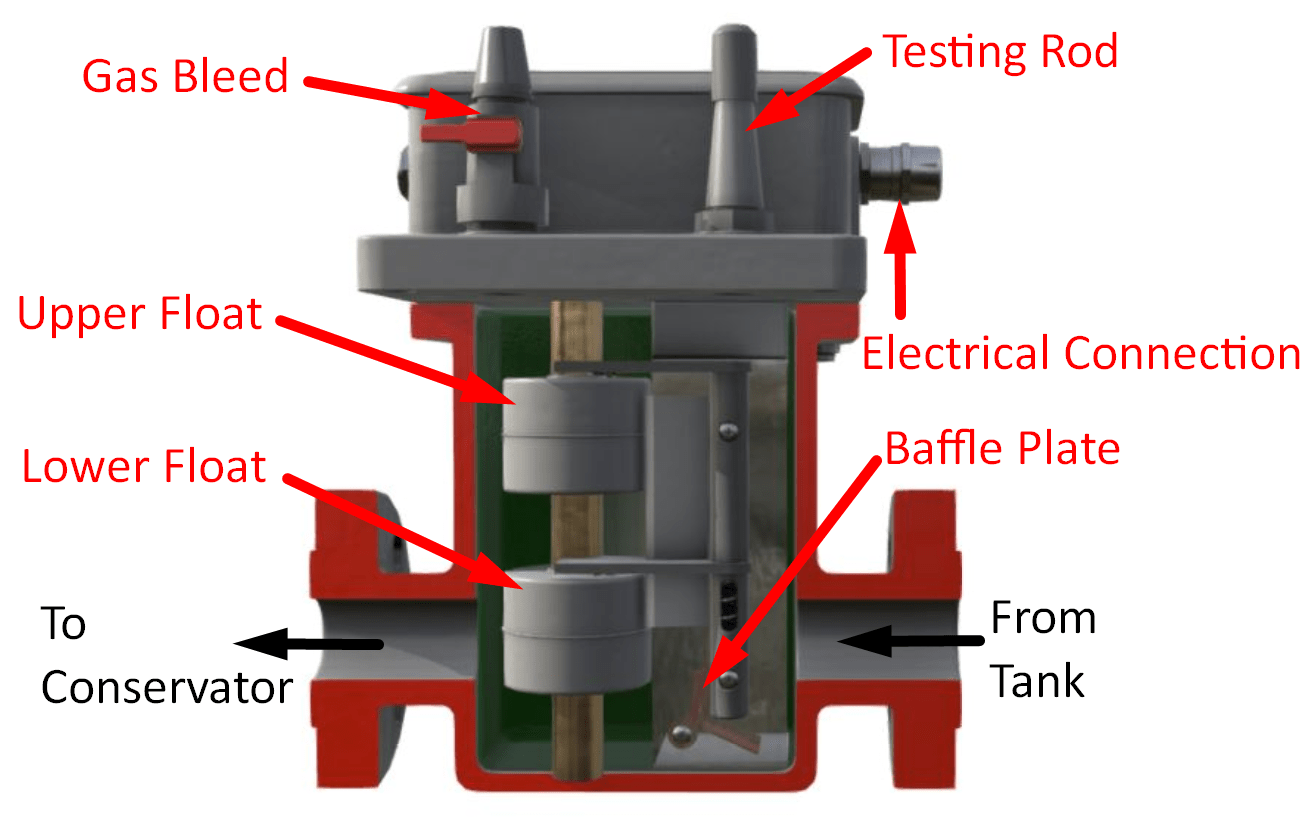 Buchholz Relay Components (3D model based upon design at Mibos.com)

The below video is an extract from our Introduction to Electrical Transformers Online Video Course.

Small electrical faults within the transformer tank heat the insulating liquid and create small gas bubbles. These bubbles rise to the top of the tank and exit to the Buchholz relay. It is not possible for the gas to pass through the relay so it will slowly accumulate within the relay housing and displace the insulating liquid. If the fault continues, the volume of the gas will become so large that the upper float will fall (it is floating on the liquid) triggering an alarm.

A large electrical fault will create a large volume of gas and this will displace a large volume of liquid within the transformer tank. As there is no room for this displaced liquid within the transformer tank, the insulating liquid moves in the direction of the conservator tank at high velocity (pressure/shock wave). The sudden movement of liquid through the relay causes the baffle plate to rotate, which activates a switch and/or pushes the lower float down, and trips the transformer.

The below video is an extract from our Introduction to Electrical Transformers Online Video Course.

What is the difference between a gas actuated relay and a Buchholz relay?

A reduction in insulating liquid level is most likely due to leakage from the transformer tank or associated piping and appendages. Gaskets, seals, joints and welds are the usual leakage locations.

It is normally possible to test the float operators by pumping air into the float chamber to displace the liquid, which causes the floats to drop. The baffle plate can be tested by rotating a rod, or handheld lever, which is mounted on the casing of the relay. The condition of the electrical switches themselves can be checked by measuring the resistance when using a standard multimeter.

Note: Some people disapprove of pumping air into the float chamber to test the relay, although its the author's experience that there are as many people for the procedure as against. There are pros and cons, but these are discussed in the saVRee Transformer Maintenance course and are beyond the scope of this article. 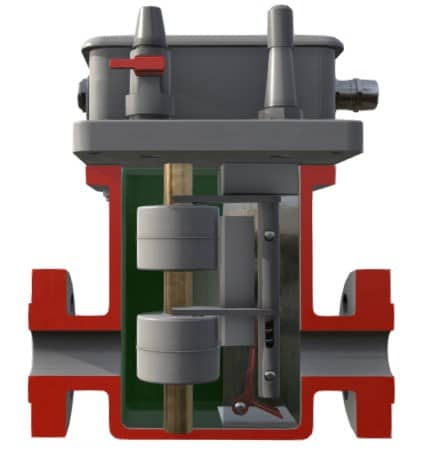