Because of their good thermal, electrical and mechanical characteristics, coupled with the fact that on curing they produce no volatile by-products and undergo only a small volume of shrinkage, epoxy resins have found considerable application in the manufacture of bushings for the electrical insulation industry.

Cast resin type bushings utilise moulded epoxy resins as insulation. After preparing and mixing, the resin compound is cast under pressure into its moulded form. The mould is then fixed on a clamping unit. An automatic pressure gelation (APG) process is used to form an integral homogenous bushing. 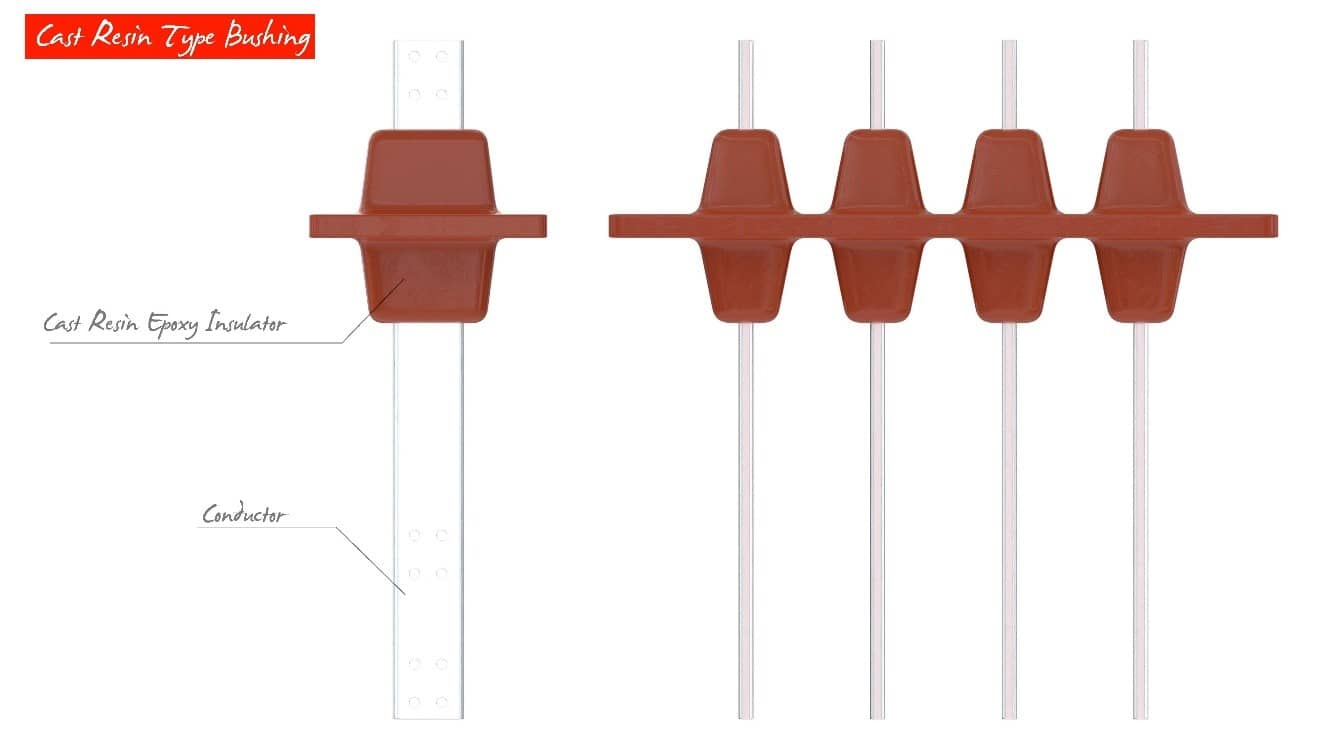 Cast resin bushings are typically used for transformers, switchgear, electrical panels and capacitors up to voltages of Um 36 kV.