The electrostatic precipitator (ESP) is a piece of equipment that is used to capture dust particles that are formed or liberated by various industrial processes. The purpose of an ESP is to avoid these particulates being expelled into the atmosphere where they can cause pollution. ESPs are installed at many types of industrial plant, but they are most easily identified at thermal power plants where they are installed as part of the flue gas cleaning system. 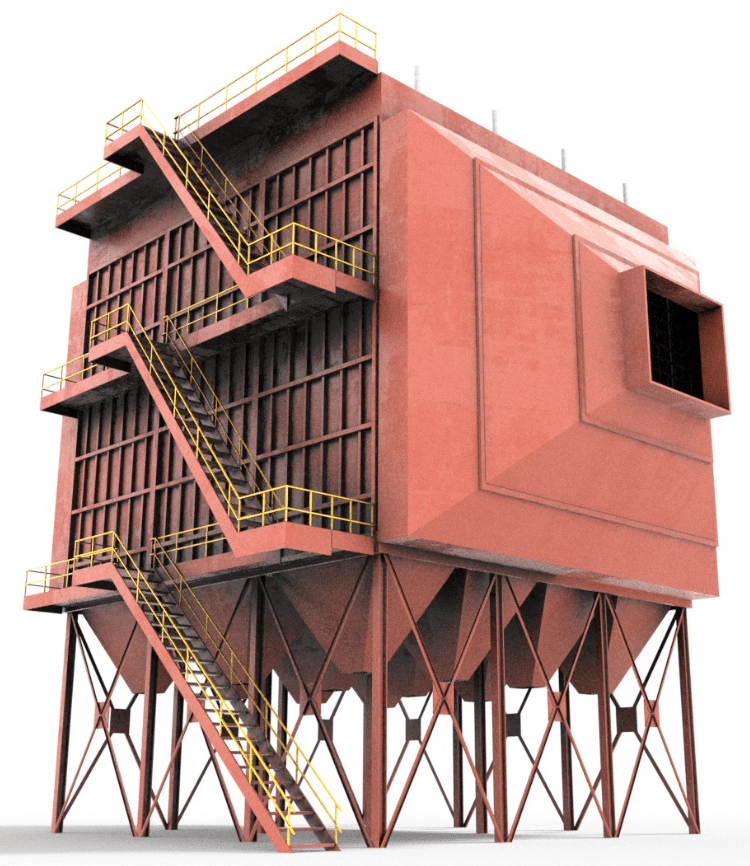 The diagram below shows the position of an ESP within a coal fired power station flue gas system. Another important component used for flue gas cleaning is the flue gas desulphuriser (FDG), also referred to as a ‘scrubber tower’; the scrubber tower is shown to the left of the ESP on the below diagram. 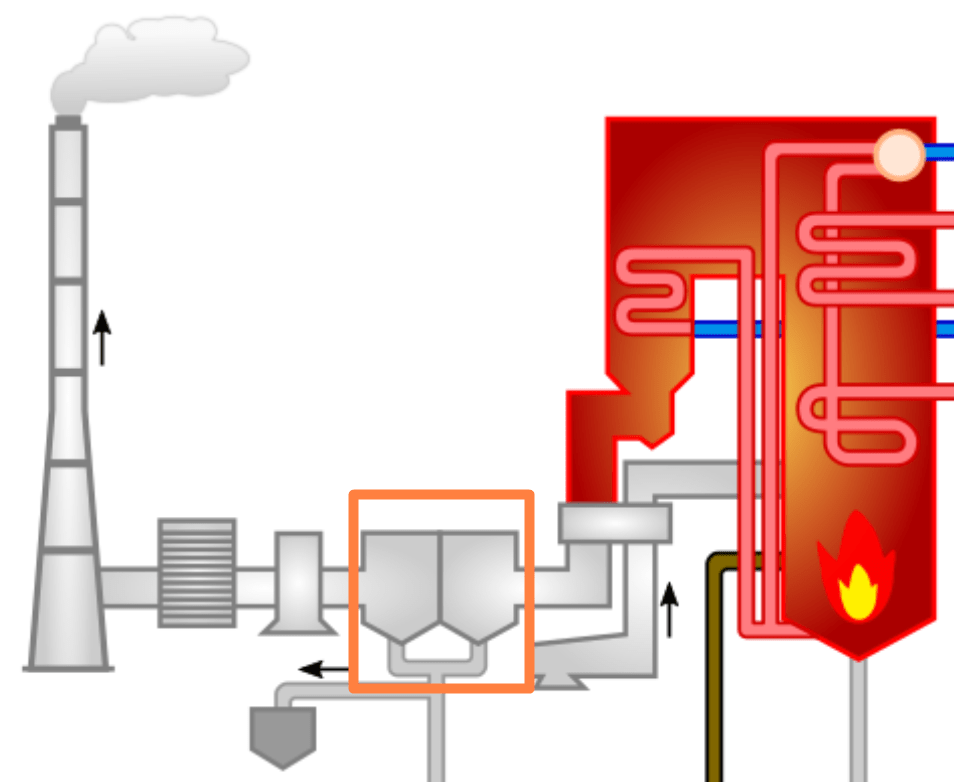 Within certain industries, the captured dust from an ESP can be sold rather than disposed of, but this depends upon many factors e.g. location, dust properties, demand etc.

Fly ash consists of oxides of silicon, iron, calcium, and aluminium; harmful substances such as sulphur are also contained by fly ash. Studies upon the effects of fly ash in humans have found that it can cause respiratory diseases, as well as cancer, heart failure, and some immunological reactions. Other dusts which are emitted from industrial processes, such as coal dust, are also known to cause lung diseases such as pneumoconiosis. But problems stemming from fly ash are not only linked to humans. Dumping fly ash on topsoil increases the topsoil’s pH and causes harm to the plants and animals in the immediate ecosystem. Large volume dumping of fly ash has been known to cause chemical leaching into the soil, with resultant harmful effects upon aquatic marine life.

Given the negative effects of uncontrolled pollution, legislation has been enacted in most countries to reduce harmful particulates entering into the atmosphere completely. The air pollution laws enacted years ago led to further development of the electrostatic precipitator and its widespread adoption. As many cultures are now prioritising protection of the environment, legislation is likelier to become even more stringent, which will in turn will lead to further advancements in particle separation and ever more efficient ESPs.

Today, typical efficiencies for dust removal from a flue gas system range from between 98% to 99.9%. In some industries, the dust being created by the plant has monetary value and ESPs can capture this valuable commodity rather than let it be expelled to atmosphere. 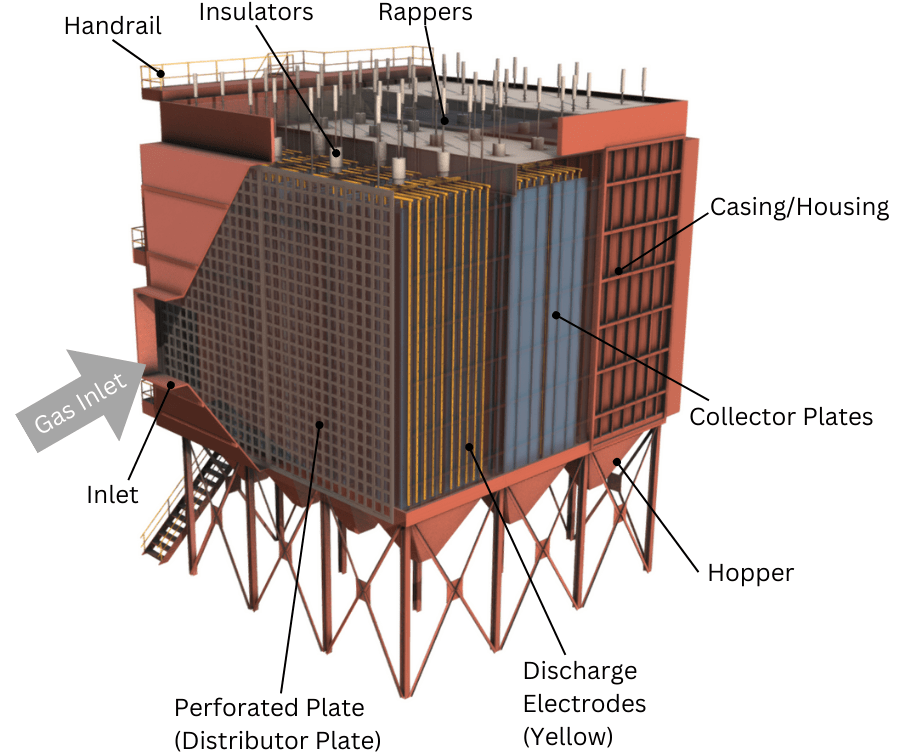 Discharge electrodes consist of a series of wires that are arranged horizontally across the ESP and installed in several rows. Each discharge electrode is connected to a high voltage supply, which is fed from an electrical system located on top of the ESP housing. Electrical transformers increase the primary supplied voltage (usually ≈380V) to several thousand volts (usually between 20 kV to 70 kV).

The electrical system incorporates a rectification unit to transform AC voltage to DC voltage. This transformation of AC to DC voltage is necessary to achieve the required electric field that will ionise the particulates as they pass through the ESP. DC voltage is fed to the discharge electrodes, which results in a negative electric field being generated around them. The negative electric field around the discharge electrodes causes a negative charge to be imparted onto the particulates, which causes them to be attracted to the positively charged collector plates. 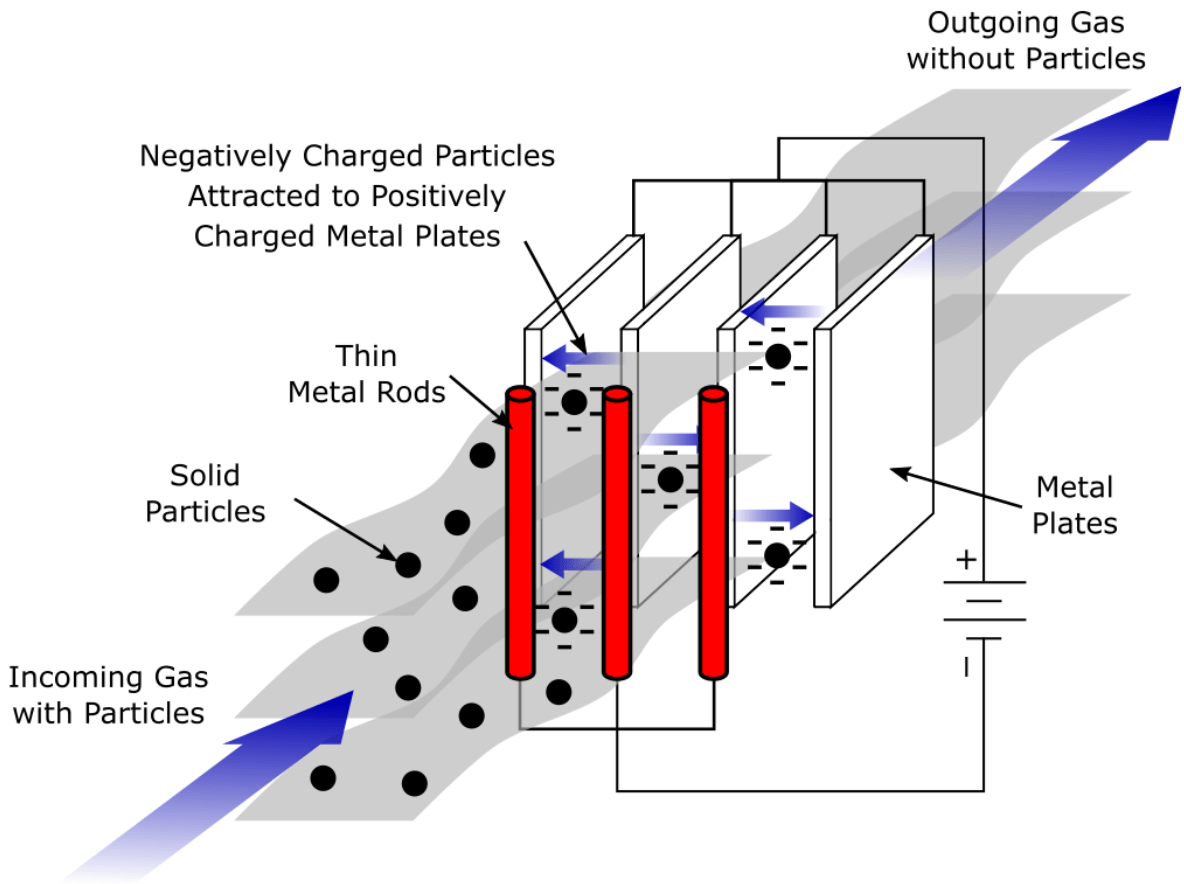 Collector electrodes have a long thin rectangular shape and are also referred to as collector plates. Particulate matter is attracted to the plates by electrostatic force. Once particulate has accumulated on the plates, there is a mechanism for shaking the plates, which causes the particulates to fall due to gravity into the collection hoppers at the base of the ESP. 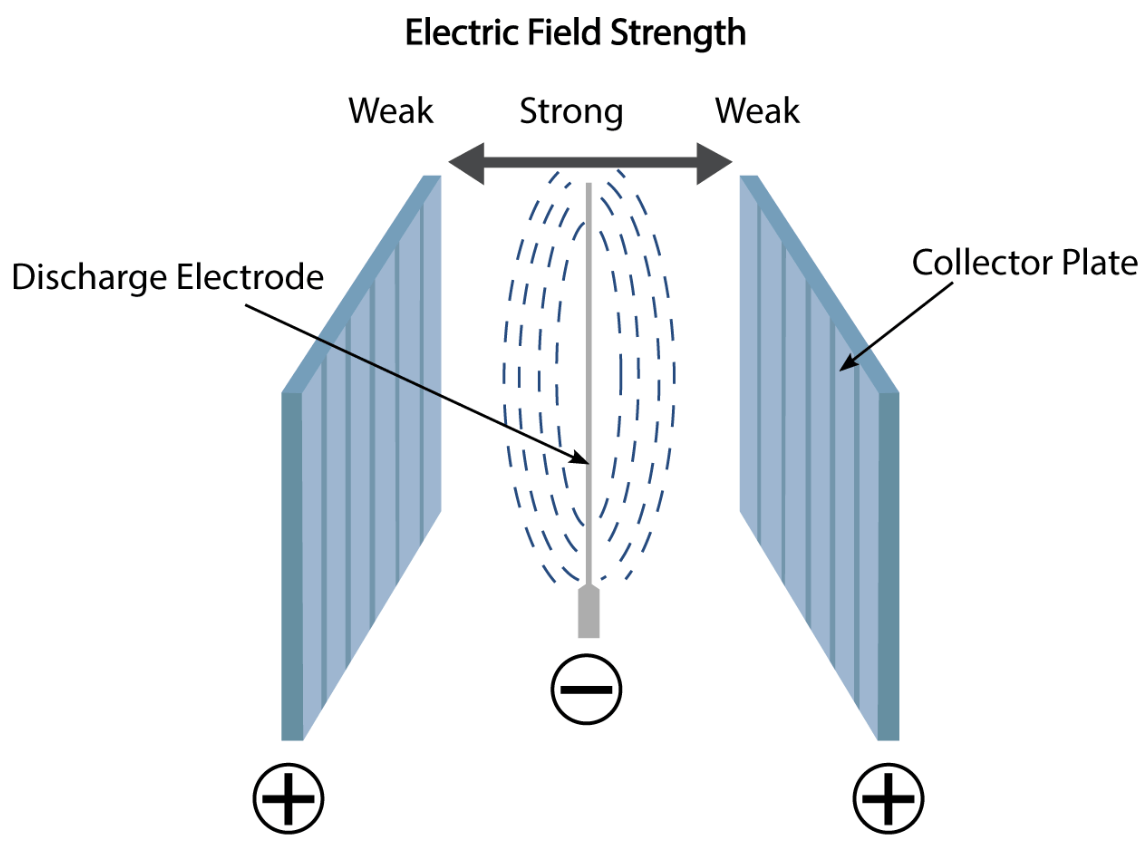 The mechanism used to shake (bang/hit) the plates is referred to as the rapping system whilst the process is known as rapping. Other rapper systems are available, wet ESPs use water to rinse the plates, whilst dry ESPs use no water (the mechanism mentioned previously is the dry type ESP). 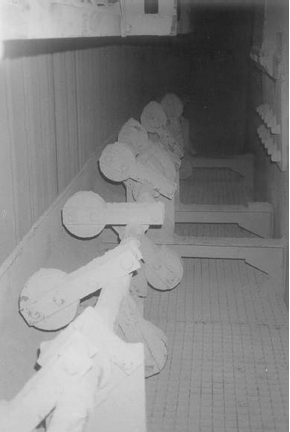 Particulate/dust is removed from the hoppers via a conveyance system; it may then be discharged directly to a freight truck, train wagon, barge, or ship. Another option is to discharge the gathered particulate to slurry plant hoppers, where it is mixed with water to form a slurry. If the particulate has monetary value, it can be conveyed and dry stored in a large silo; this is usually the case with fly ash because it can be sold to cement manufacturers.

The process which takes place in an ESP can be summarised by the schematic below.

The maintenance of an electrostatic precipitator is mainly focused on the mechanical and electrical components. The following common problems can lead to a reduction in ESP efficiency: 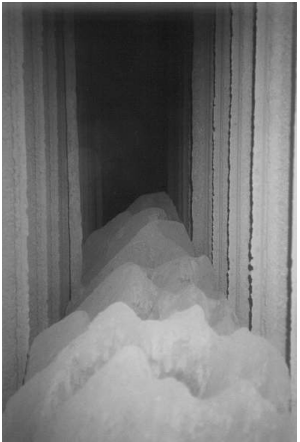 The above defects can only be corrected when the ESP is off-load (off-line). Maintenance work involves entering inside the ESP and visually inspecting the components and parts.  To enter the ESP, the hoppers may have to be emptied first. For this reason, maintenance work is typically completed over a few days. During a long-term outage, the following maintenance tasks are usually performed (depending upon the ESP design):

Tip – the maintenance of ESP electrical transformers is often neglected due to their location (on top of the ESP). Although electrical transformers are very reliable, there have been instances where ESP transformers have failed and caught fire; this is particularly a problem with hermetic transformers as they contain mineral oil. Due to an ESP transformer’s location on top of the ESP, it is difficult to extinguish the fire even when the fire brigade arrives with specialist equipment and machinery. For this reason, the fire may be left to ‘burn-out’ in a controlled manner, with significant downtime (unscheduled outage time) occurring as a result.