The Francis turbine was invented by James B Francis in the 1850s. Waterwheels had been used to complete useful work for over 1,000 years, but they were inefficient. James Francis applied mathematical principles when designing the Francis turbine and created a turbine with an efficiency exceeding 90%. 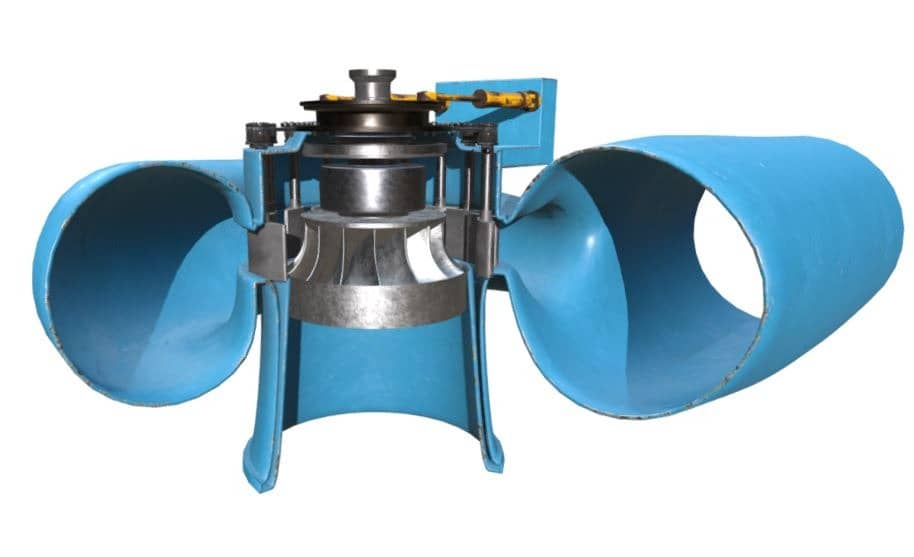 Although there are different variations of the Francis turbine now available, the fundamental working principles remain the same as those used over 100 years ago. As the electrical power industry grew over the past 150 years, the Francis turbine was able to compete with other prime movers in terms of cost, which lead to its widespread use for many applications.

Due to their versatile design, Francis turbines are suitable for a wide range of pressures and flow rates. Due to this wide operating range, the Francis turbine is the most common type of hydroelectric turbine employed today.

The efficiency of Francis turbines often exceeds 90% when the right operating conditions are met. This efficiency does not decrease until the load is below 40%.

Francis turbines convert potential energy to mechanical energy. This type of turbine is classified as a reaction turbine, as it operates within a pressure system and relies upon a continuous body of water from the suction to pressure side of the turbine.

The Francis turbine consists of a series of blades mounted between a runner crown and runner band. Gaps between the blades allow water to flow from the outer periphery of the runner to the inner section of the runner; this type of flow is known as radial flow. 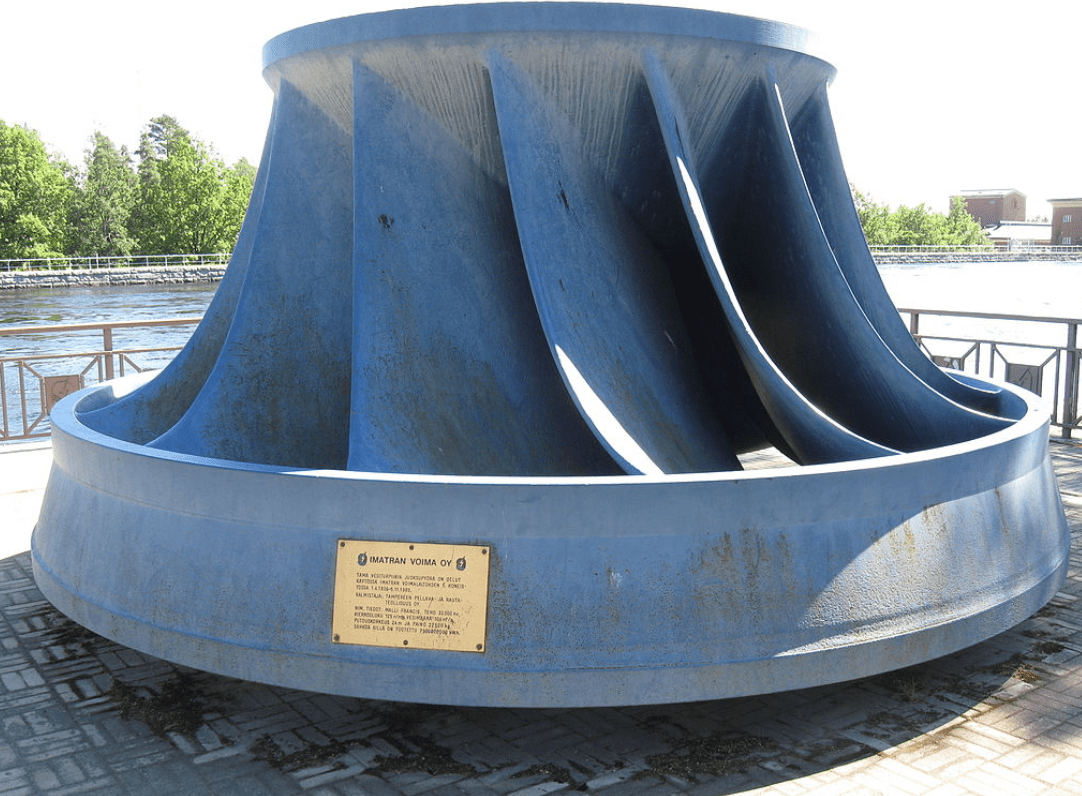 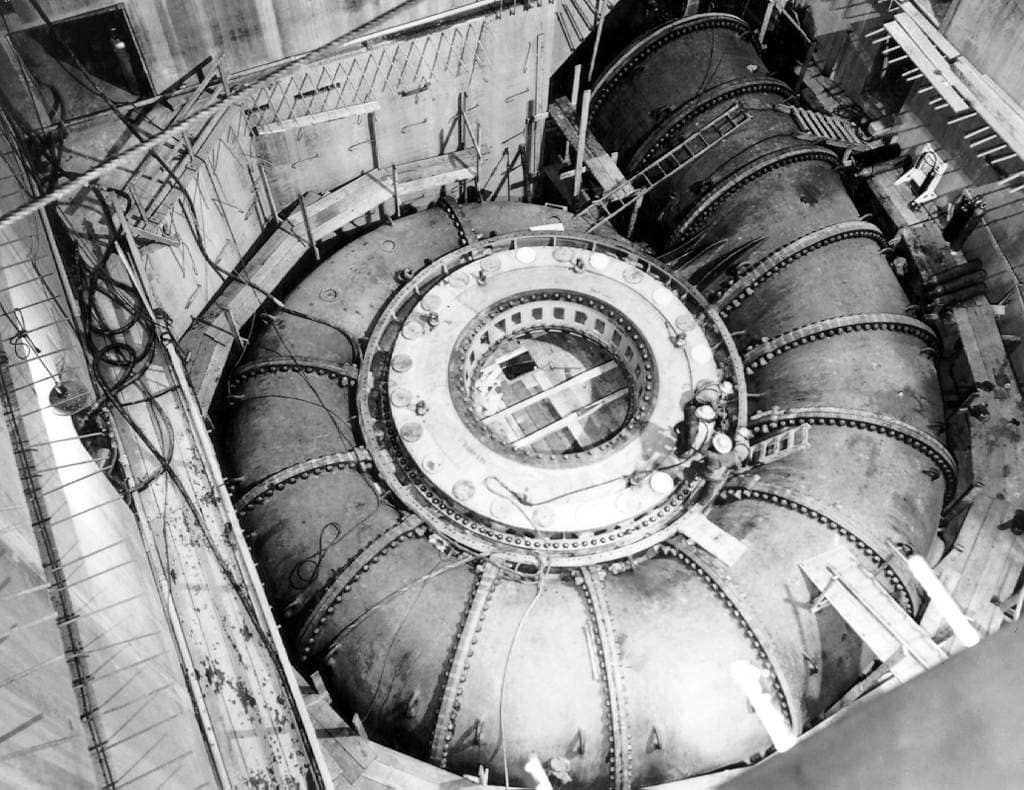 Guide vanes direct water towards the runner. The purpose of the guide vanes is to convert the potential energy of the water to kinetic energy, and to direct the water into the runner at an optimal angle.

A draft tube is used to convert some of the kinetic energy of the discharged water back into pressure energy. This conversion increases the overall operating efficiency of the turbine.

Water is delivered through a pressurised water conductor known as a penstock. The water travels along the spiral case and passes through the guide vanes. The guide vanes convert the water’s potential energy to kinetic energy and can also be used to start, stop and regulate flow to the runner.

The water enters the Francis runner radially, flowing from the outside to inside of the runner. The water is then discharged downwards, out of the base of the runner; this type of flow is known as axial flow due to the flow being in a parallel direction to the runner shaft.

Because flow is both radial at entry and axial at discharge, Francis turbines are classified as mixed flow turbines.

The draft tube converts some of the water’s remaining kinetic energy to potential energy; the water is then discharged to the tailrace.

Once water is flowing through the runner, the blades convert the potential energy of the water to mechanical energy. The mechanical energy is applied as torque on the main runner shaft and the shaft begins to rotate.