Mechanical seals are used to seal the ‘wet’ part of a pump and prevent leakage out of the intended wet area.

Despite its disadvantages, gland packing is still the cheaper of the two sealing options and remains in use. 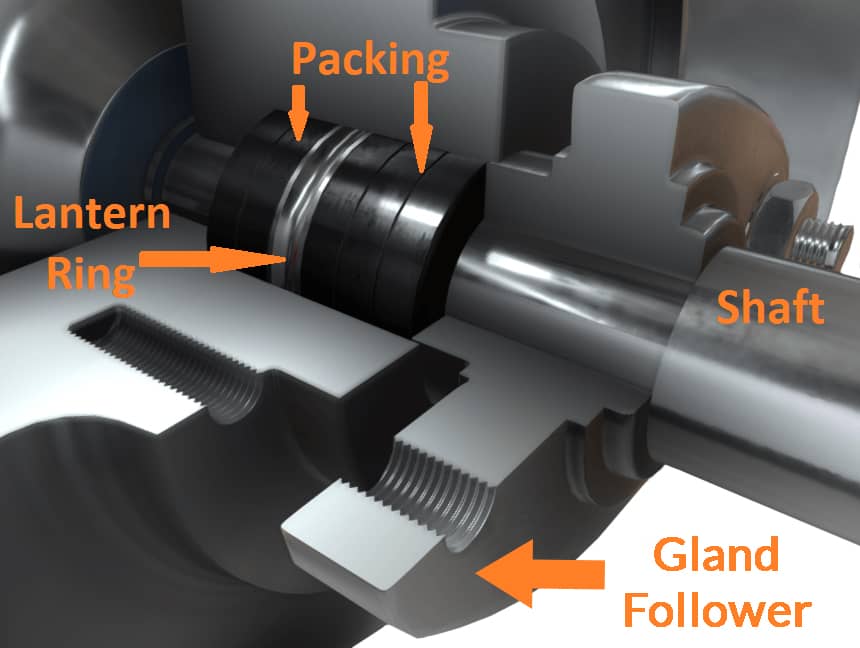 This 3D model shows all major components associated with a typical mechanical seal used for centrifugal pumps and other pump designs, these include: