Bearings allow humans to move an object on, or within, another object. Their main purpose is to extract desired motion from a whole motion. For example, a pump shaft that passes through a pump housing should rotate, but the housing should not. Almost all machines operate with some form of rotating, sliding or oscillating motion, where this occurs, bearings are used.

There are two main categories of bearing, plain and anti-friction (rolling). Both bearing designs have found widespread application throughout the engineering world, but no single bearing design can cater for all applications. As can be seen on the below images, the two types of bearing are not even slightly similar. This article focuses on the anti-friction ball bearing only. 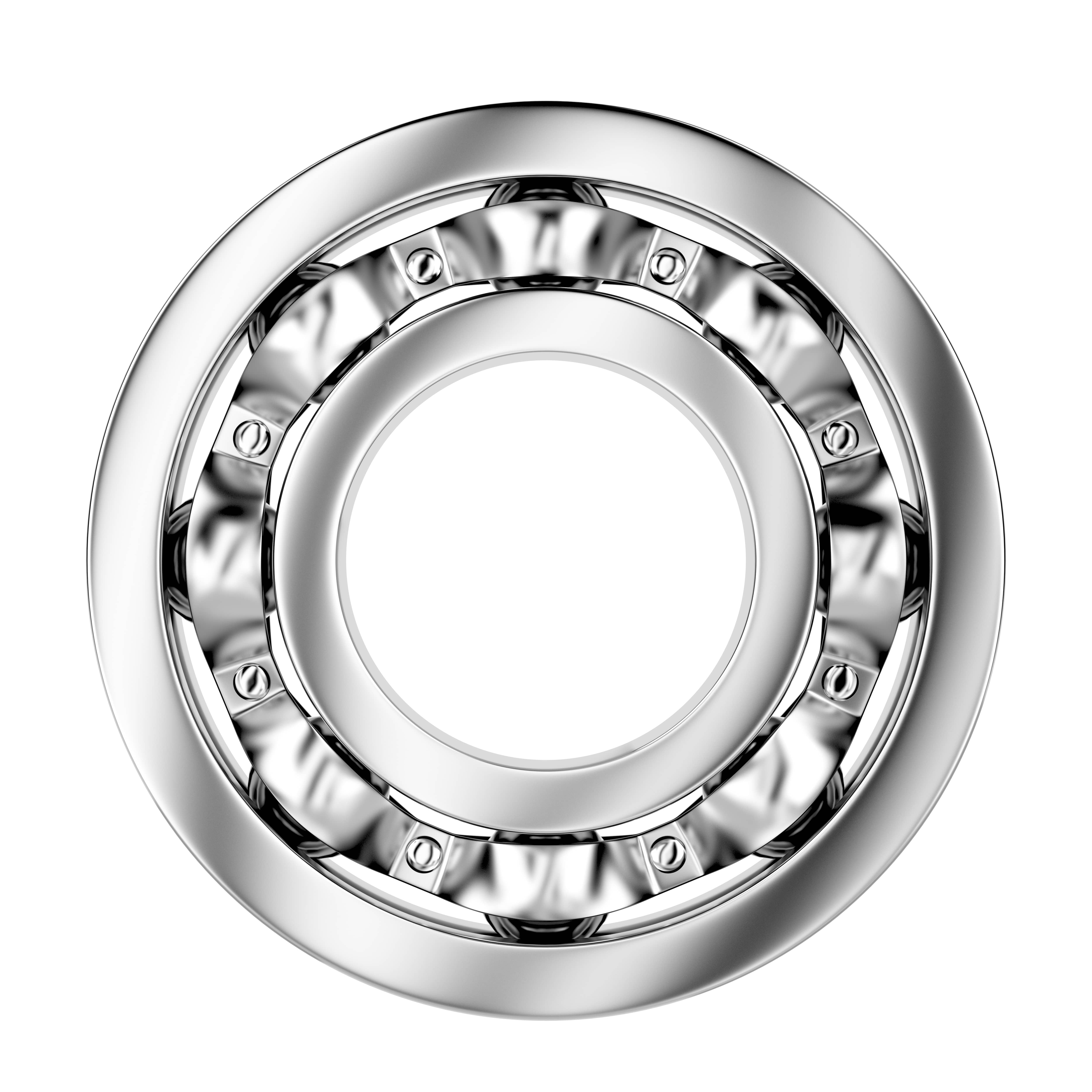 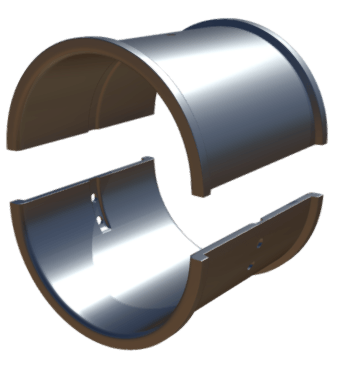 The subject of anti-friction bearings is made more difficult due to the varying terminology that is used to describe identical parts. The below table lists bearing components along with additional common colloquial names.

Ball bearings are probably the most widely known bearing and easiest to identify. This type of bearing operates upon point contact with one stationary ring (usually the outer ring) and one rotating ring.

Common ball bearing designs include single row, double row, thrust and angular contact. Each design of ball bearing caters for the different loads it is likely to encounter.

Single row ball bearings are incredibly versatile, they can be used for medium-high radial loads and light thrust loads, in either direction. It is possible to have a maximum capacity bearing that contains more rolling elements, this increases the radial load the bearing can carry but reduces its axial load carrying capacity.

Double row ball bearings can carry more radial load than their single row counterparts but are wider. This type of bearing can support heavy radial loads and low-medium axial loads, in either direction. 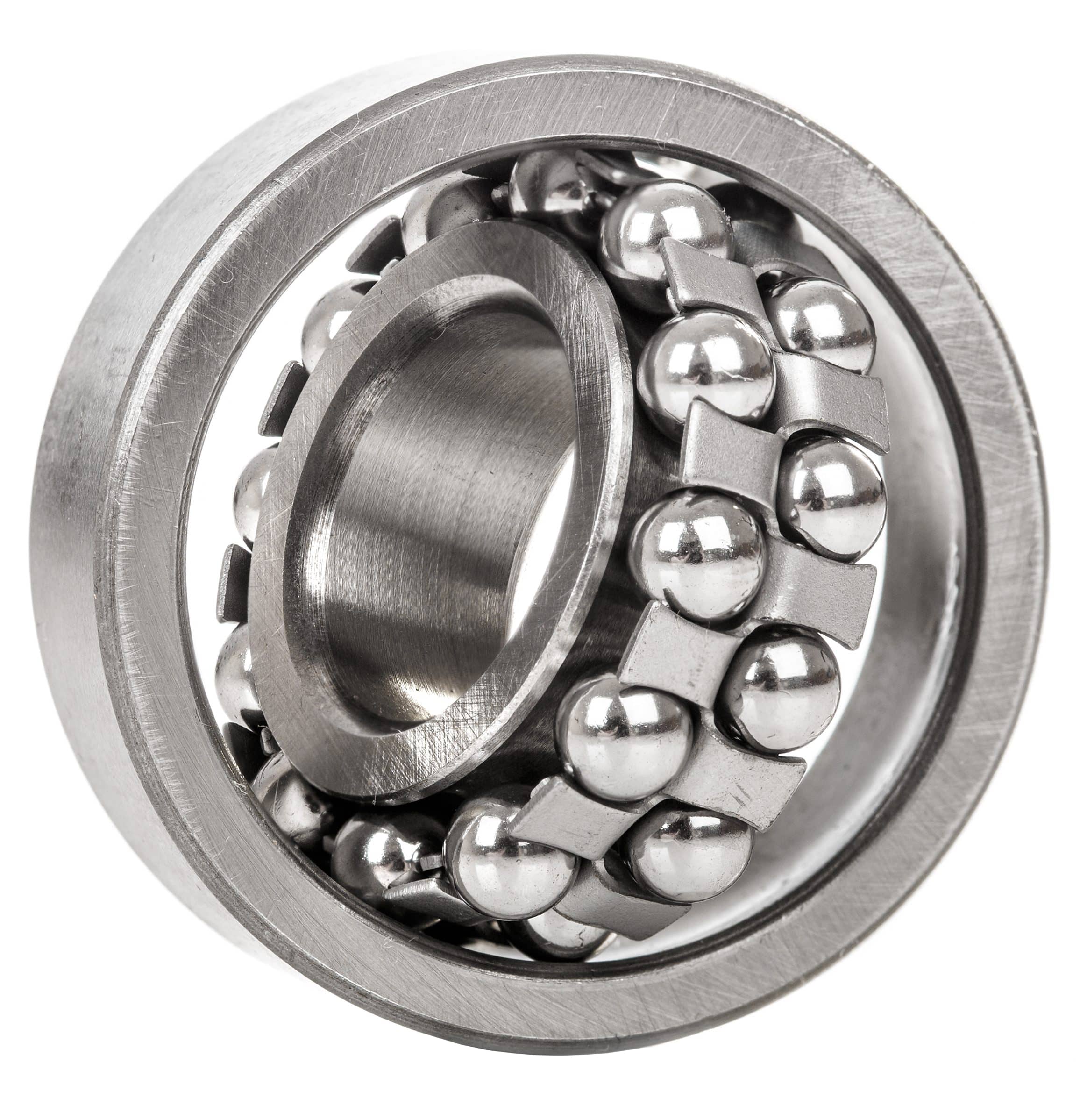 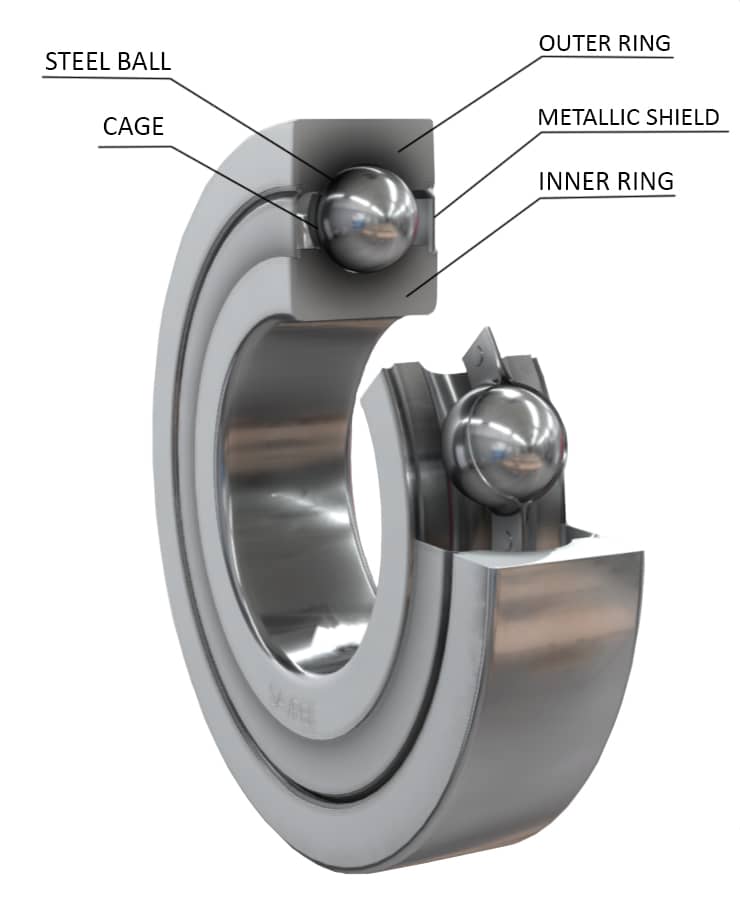 The below video is an extract from our Anti-Friction Bearing Fundamentals Online Video Course.