Engine valves are mechanically opened and closed, to admit air or expel exhaust gasses, into the engine cylinder(s); the valves are located in the head casting of the engine. The area where the valve seals against the head is called the valve seat. Most medium-sized internal combustion (IC) engines have either intake ports and exhaust valves, or both intake and exhaust valves. Smaller two stroke petrol/gasoline engines use intake and exhaust ports i.e. no valves.

Fresh air (intake) valves are larger than the exhaust valves, this ensures fresh air replaces as much of the exhaust gasses as possible within the combustion space when the cylinder is recharged.

The type of valve shown below is sometimes referred to as a 'poppet' or 'mushroom' valve. 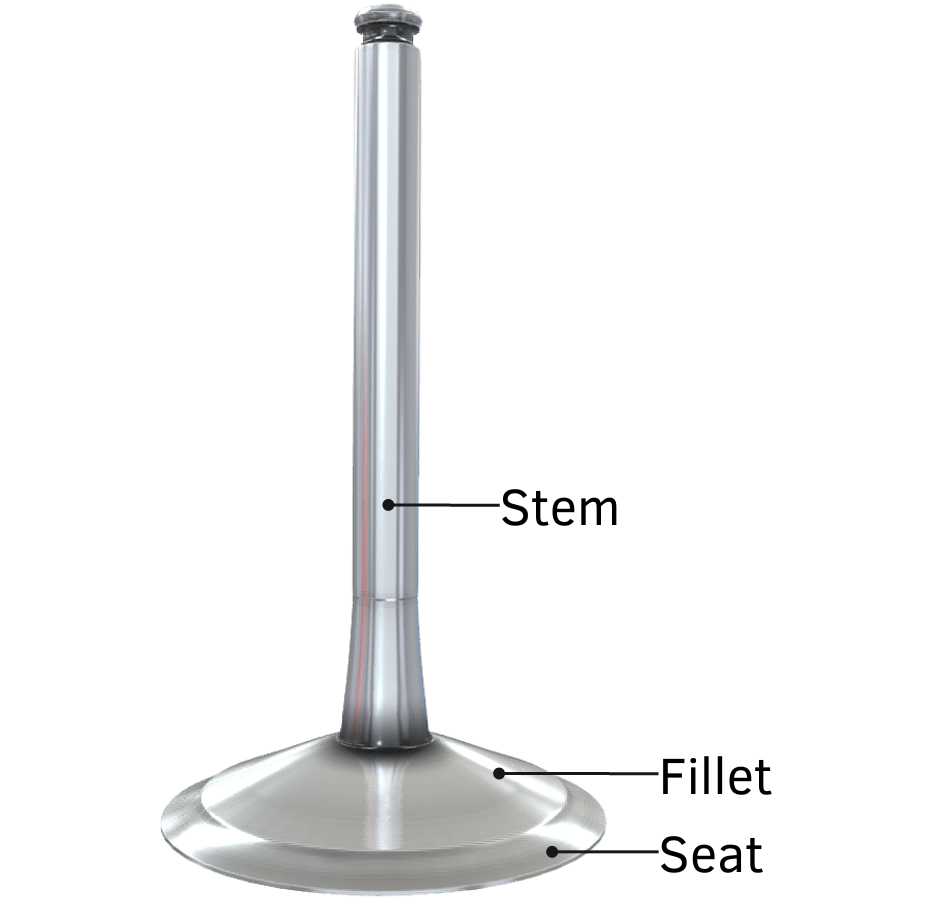 Loop scavenging is sometimes referred to as 'Back Flow' scavenging.