Flanges offer a mechanical means of joining pipes, fittings (elbows, tees etc.), and valves. Compared to welds, flanges are a non-permanent type of joint that can be easily assembled and disassembled (ideal for systems that require maintenance). Flanges are installed via welding, screwing, or lapping, and they are the second most popular joining method after welding.

Flange terminology and nomenclature can be confusing due to the similar terms, definitions, and phrases that are used. To make the learning process easier, readers should clearly understand the following terms:

All of the afore mentioned topics will be further discussed. It is important to realise that there are many aspects that influence not only what flange type is chosen for a particular application, but also what face and what surface. For example:

1‘Serrations’ are machined grooves cut into the surface of a flange’s face. Gasket material flows into the grooves, which results in a more reliable seal being obtained; the grooves also help hold the gasket stationary.

Flanges are a type of bolted joint. Other common types of joint include threaded joints and welded joints. 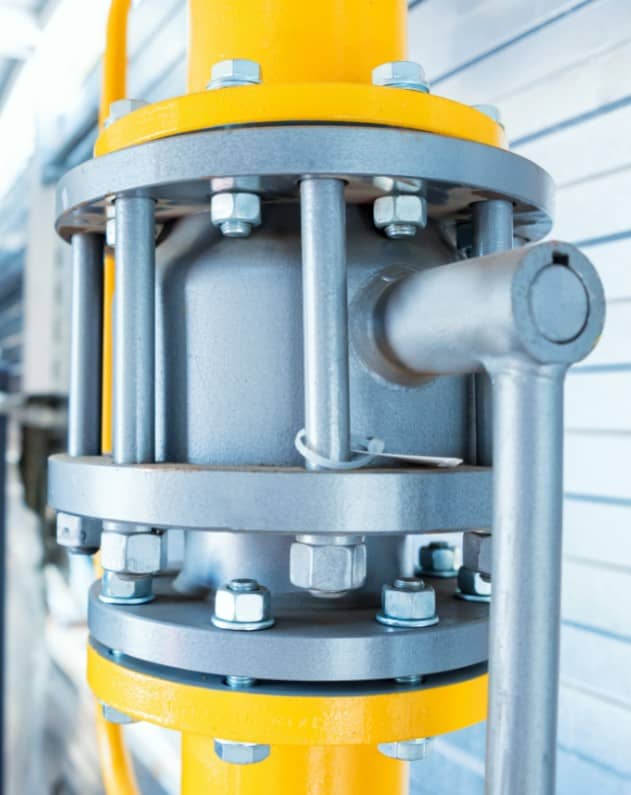 The type of joint used depends on many factors, including pressure, temperature, type of process fluid, operating characteristics of the system, and the surrounding environment. A bolted joint may be used if:

Some of the main disadvantages associated with a bolted joint include:

As a general rule, threaded joints are suitable for lower pressure and temperature applications only, whilst bolted and welded joints are suitable for higher pressure and higher temperature applications. If a threaded joint must be leak tight, and leakage cannot be tolerated, it can be seal welded. The seal welding technique is only used for higher service pressure conditions and is not an ideal solution because it creates a stress concentration point which will be prone to fatigue failure.

Flanges are split into two main areas, the ‘blade’, and the ‘hub’.

To ensure no leaking between the mating2 flanges occurs, gaskets are used. It is possible to mate two metal flanges together without the use of gaskets, but sealing is difficult and can only be achieved with specially designed flanges.

The end connection specifies how the flange is connected to its accompanying pipe (threaded connection or welded). 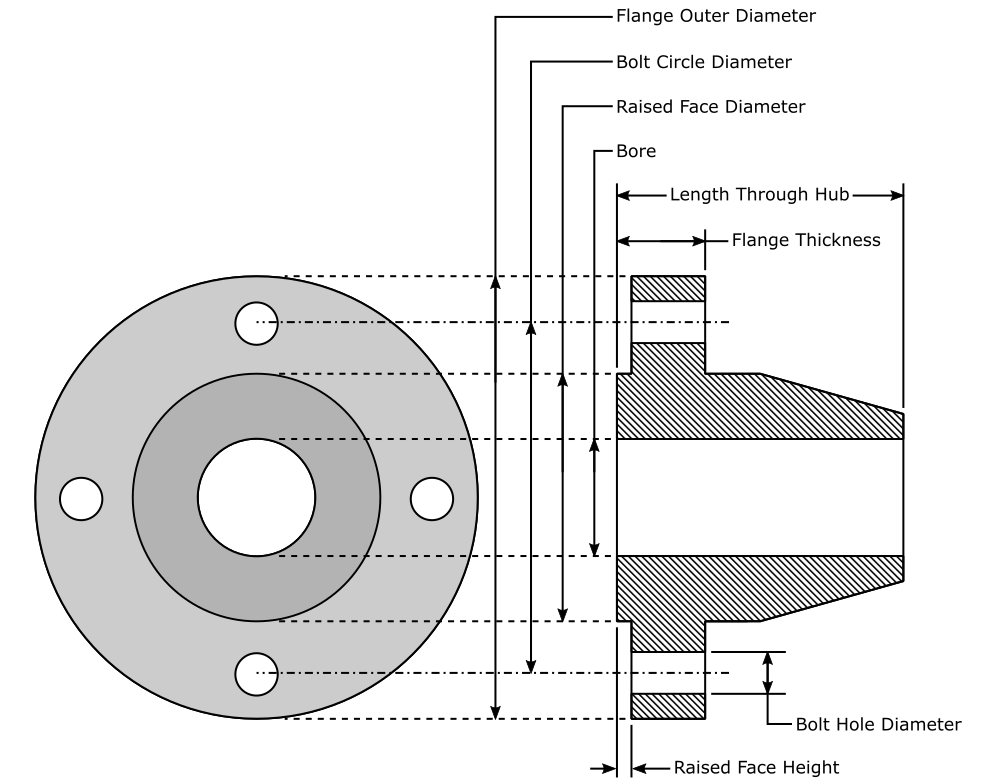 2Mating – refers to the pressing together of two opposing flange face sealing surfaces.

A flange is created when two opposing surfaces are intentionally pressed together in order to create a leak tight seal. To obtain a seal, force must be applied and maintained to each of the opposing flange faces. As many flange faces have manufacturing imperfections (scratches, dents, pits etc.), it is necessary to put a softer material between the two mating sealing surfaces to obtain the seal; this softer material is the gasket.

To understand how flanges work, we must first understand the concept of pressure. Pressure is defined as:

Flanges seal because pressure is applied to the mating sealing surfaces; this pressure is known as the ‘gasket compression’ or ‘sealing pressure’. The applied pressure causes the two faces to either:

The second example assumes no gasket is present and that two flange faces are pressed together. It is hard to create a leak tight seal using this method, although it is possible if the surfaces are well machined and very clean. The sealing pressure applied will often need to be significant, as the flange surface may be manufactured from metal, which does not easily deform under pressure (material and flange class dependent). Metal to metal flange face sealing is expensive and thus not common.

To create the necessary sealing pressure, the variables of force and area can be adjusted.

The sealing area of a flange cannot be as easily adjusted as the force used during assembly. A larger sealing face requires more force to obtain a certain amount of pressure, compared to when using a smaller sealing face. The below example highlights this point, but without the use of units.

A given flange assembly requires a pressure of 10 to seal. This can be achieved by applying a lot of force onto a small sealing face:

Or, it is possible to decrease the size of the sealing face (area) and thus reduce the amount of force required to create the same amount of pressure3:

The relationship between pressure, force, and area, can be briefly summarised:

The amount of force that can be applied to a flange assembly is limited because of problems relating to physical strength (nuts are often hand-tightened), gasket blow-out4, and stripping5 of the flange bolt threads; but these problems can be overcome if the size of the sealing face is reduced. The type and size of the sealing face used will be dictated by relevant piping standards once the temperature and pressure rating of the flange is known.

3Standards such as ASME B16.5 and B16.47 dictate the size of the sealing face required.

4Refers to the expulsion of the gasket from the sealing face due to pressure; this usually occurs due to overtightening of the flange during assembly.

5Refers to the removing of the threads from the stud or bolt; the result is a spherical piece with no screw threads.

Flanges are categorised based upon certain criteria, and these categories are usually defined by relevant piping standards and specifications (discussed later). A flange is defined by

All of the aforementioned bullet points will be discussed in a logical order in the coming sections. For now, it’s important to realise that flanges are not unique items. Flanges are manufactured for a specific purpose, with many design factors already considered. Should a flange ever fail, the exact same flange can -theoretically- be ordered to replace its predecessor6; this has significant real-world benefits, which will be discussed later in the Standardisation section.

6A root cause analysis (RCA) should be conducted on any flange that has failed unexpectedly. If the cause of failure is not determined, the same failure may occur again even with a new flange.

This video is part of our Piping Flange Fundamentals Video Course